The Canadian government has chosen three clean-technology venture funds to receive $50-million in public money, including one that says it doesn’t need the cash.

Small Business Minister Mary Ng said Ottawa had earmarked $20-million apiece for Montreal’s Cycle Capital Management and Vancouver-based Renewal Funds, while ArcTern Ventures of Toronto will get $10-million, based on recommendations by an independent panel. Each firm had to demonstrate to government that it had $25-million in commitments from other investors toward clean-tech funds with a minimum size of $70-million each. They also had to hit a “first close” of their funds by April 30, meaning they could start investing.

The government also required applicants to have a gender balance and diversity strategy. Cycle and Renewal have female leaders, while ArcTern, which has an all-male investing team, “made a commitment to us that they are targeting 50 per cent women at all levels of this fund by 2020,” Ms. Ng said.

The goal of the program, which is an extension of a previously announced $400-million funding initiative for the Canadian venture-capital sector unveiled in 2017, is to help Canada meet its climate-change goals, support Canadian clean-tech firms and provide help to a relatively underfunded sector, Ms. Ng said. “We made the strategic choice that we’re going to double down so we can get investment out there to accelerate” the clean-tech sector, she said.

However, two of the three winning funds who applied to the program said they were not in particularly dire need of Ottawa’s money.

ArcTern managing partner Tom Rand said his firm expects to raise $100-million for its second clean-tech fund by the end of this month and eventually exceed its $150-million target – even without the federal money.

“We’re certainly appreciative of any and all support” from Ottawa, said Mr. Rand, whose fund is backed by the Norwegian energy giant Equinor ASA and the Ontario Municipal Employees Retirement System. When asked whether his fund needed the government money, he replied, “No. But it’s great to have it. It’s a seal of approval more than anything else for us.”

Cycle founder and managing partner Andrée-Lise Méthot said her company, which has raised $109-million toward its fourth North American fund, has lined up an additional $50-million in potential investments, which would put it past its $150-million target size. Asked whether Cycle could have hit its target without federal help, she replied: “It’s always possible for people like us” – a company that has raised funds in the past – “but it’s really helpful.” She said the federal funding was “a blessing [that] we need in this sector” that will help ensure Canadians establish a market lead in clean tech.

Meanwhile, Renewal has never taken government funding before. The firm was founded 25 years ago to invest part of the fortune of Newell-Rubbermaid heiress and philanthropist Carol Newell in firms that delivered both financial returns and environmental or social benefits, primarily by making clean-tech products and organic foods. It has since raised two funds – $35-million in 2010 and $63-million in 2014 – from high-net-worth individuals, foundations and small firms.

Renewal managing partner Paul Richardson said his firm was halfway toward its US$100-million goal for its third outside fund and had tentative commitments for an additional US$35-million before getting Ottawa’s money. “I don’t know where we would have ended up, but we’re pretty anxious to close the fund and we’ve been waiting to see whether we’d get the [government] allocation for some time,” he said. He said that fundraising in the past without government money had been “very difficult.”

The winners were chosen “based on a variety of criteria including who applied … [and] where they could maximize the objectives of growing the clean-technology sector,” a spokesperson for Ms. Ng said in an e-mail. “It wasn’t about helping a struggling or growing fund but rather where they believed they could see the most impact and the highest return on investment.” 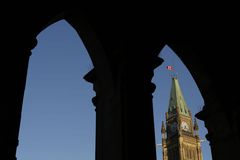 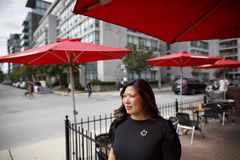