The federal government will extend its flagship rent-relief program for entrepreneurs by a month, as the original three-month eligibility period comes to a close on July 1.

Small and medium businesses account for half of Canada’s economic output, and some entrepreneurs have said rent relief could be the difference between staying in business or closing for good. They were among the first businesses to see revenue collapse amid economic shutdown measures in March. Ottawa’s response to cries for rent help has been mired by delays, including around the initial announcement: It took nearly six weeks after lockdowns were introduced to announce the Canada Emergency Commercial Rent Assistance (CECRA) program in late April.

Despite the gradual reopening of Canada’s provincial economies, most small businesses have not yet returned to prepandemic levels of operations as they take precautions for the safety of staff and customers, further straining their ability to pay bills. The program first allowed landlords to apply for forgivable Canada Mortgage and Housing Corp. (CMHC) loans to relieve April, May and June rents for their tenants. Prime Minister Justin Trudeau said Monday that Ottawa “intends to extend” that window through July.

Through the program, if a tenant agrees to pay a quarter of their usual gross rent and the landlord takes a one-quarter loss, the landlord will receive a forgivable CMHC loan covering the remaining half. Tenants are eligible for CECRA if they pay less than $50,000 in rent monthly, have less than $20-million in gross annual revenue and have seen at least a 70-per-cent drop in revenue from the pandemic.

Ottawa has faced criticism for the delay between the announcement of CECRA and its rollout; applications were not accepted until May 25, more than two months after small businesses’ revenues began to plummet. Many Canadian entrepreneurs also took issue with the structure of the program for requiring landlords to apply instead of tenants, and some have already been evicted as their landlord hunted for new tenants who would pay full rent. Those landlords who have applied have warned that the process requires so much paperwork and contains enough vague language that it could dissuade some applicants.

“We had very high hopes for this program, but given how badly it was designed and how rarely it’s being used, we’re ready to give up,” said Jon Shell, one of the organizers of Save Small Business, a lobbying group created to support entrepreneurs during the pandemic. “There’s just no evidence the Ministry of Finance is willing to fix it. Scrap the program and give the money to businesses.”

A Finance Ministry spokesperson said Monday that more than 24,500 entrepreneurs had received funding or were approved for CECRA. Canada is home to more than one million small businesses. Another lobbying group, the Canadian Federation of Independent Business (CFIB), found in a June survey that of 1,338 entrepreneurs who believed they were eligible for CECRA, only 42 per cent had confirmed their landlord would apply.

“I will be surprised if more than one in 10 qualified businesses actually get the money that they’re supposedly eligible for,” said Dan Kelly, CFIB’s chief executive officer. “It’s a troubled program that is in desperate need of some bigger fixes.”

Both Save Small Business and CFIB have lobbied for a ban on commercial evictions as part of the rent-relief program, arguing that it would protect cash-strapped entrepreneurs if their landlords don’t want to apply. Because commercial rent is the jurisdiction of the provinces and territories, Canada has a patchwork approach.

New Brunswick was one of the first provinces to ban commercial evictions, for example, but has already lifted the ban. British Columbia’s program was announced in June and expires Tuesday. Ontario’s ban runs through the end of August.

Editor’s note: An earlier version of this article incorrectly said tenants are eligible for CECRA if they pay less than $50,000 in rent annually, when it is in fact monthly. This version has been corrected.

For companies, reopening is one thing, making a profit is another
Subscriber content
June 17, 2020 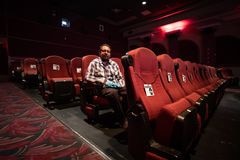 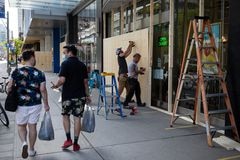