Ottawa is postponing its planned auction of 3,500-megahertz spectrum – radio waves critical for the deployment of 5G wireless technology – by six months because of the COVID-19 pandemic.

Bidding for the rights to the radio waves, which are used to send wireless signals, will move from a start date of Dec. 15 to June 15, 2021.

The fifth generation of wireless technology promises faster speeds, less lag time and a dramatic increase in the number of devices that can be connected. Wireless carriers will need to use a variety of different bands of spectrum to deliver the service, as lower-frequency airwaves can travel farther while high-band spectrum carries more data. The 3,500 MHz band is crucial for 5G because it offers a blend of both coverage and the capacity to transmit larger volumes of data.

The decision follows similar moves by governments around the world – including those of Portugal, Spain, France, Austria and Denmark – which have also postponed auctions since the pandemic erupted.

During spectrum auctions, telecom companies typically fly in consultants from around the world and set up what are known as war rooms to co-ordinate bidding – practices that face logistical challenges because of the coronavirus crisis. Carriers have also seen their revenues decline as store closings have halted subscriber growth and roaming fees have plummeted, leaving them with less cash to bid on the radio waves.

National Bank analyst Adam Shine said the postponement is likely to give the Canadian Radio-television and Telecommunications Commission more time to conclude its review into whether Canada’s national carriers should be forced to open up their networks to resellers known as mobile virtual network operators (MVNOs). Such a move could prompt companies such as Cogeco Communications Inc., which is interested in becoming an MVNO, to enter the auction, Mr. Shine said in a note to clients.

However, some spectrum experts have cautioned that delaying the auction could cause Canada to fall behind other countries in rolling out next-generation wireless service, a sentiment echoed by BCE Inc.'s chief executive Mirko Bibic last month. During a conference call to discuss the company’s first-quarter results, Mr. Bibic said Ottawa should hold the auction as planned but consider delaying the payment deadline until 2022.

BCE’s Bell Canada did not immediately respond to a request for comment Friday, while a Rogers spokesperson said the company is looking forward to accessing the spectrum as soon as it’s available. Telus spokesperson Richard Gilhooley said the company has “long been ready” to make the investments needed to realize the full potential of 5G.

Shaw Communications Inc. said it supports the postponement, as it will give the industry and the government more time to prepare for the auction.

“A well-run auction process will ensure that Canadians and the Canadian economy will benefit from strong competition in wireless and 5G for years to come,” Chethan Lakshman, Shaw’s vice-president of external affairs, said in a statement. 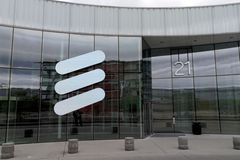 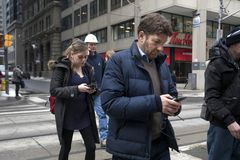 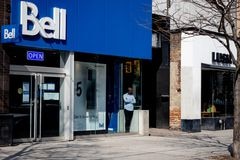