The federal government has reversed course on legislation that gives more generous tax treatment to small businesses, saying it no longer plans to delay the implementation date until next year.

Legislative experts, and federal legislation, say that Bill C-208 came into force on the day it received royal assent, June 29. But, on June 30, the federal Finance Department issued a news release asserting that the legislation would not come into effect until Jan. 1.

The government’s contention that the tax changes had not come into force set off a storm of criticism from business groups, and led Commons finance committee chair Wayne Easter, a Liberal MP, to convene a special one-day session, scheduled for Tuesday, to clear up the resulting confusion.

On Monday, the day before senior Finance Department officials were to appear at the special session, Finance Minister Chrystia Freeland issued a statement agreeing that the bill has already taken effect, and superseding the assertions in the department news release three weeks ago. “The law is the law,” she said in the statement.

Bill C-208 gives more generous tax treatment to intergenerational transfers of small and medium-sized businesses, allowing owners to claim proceeds from sales of shares to adult children or grandchildren as capital gains, rather than as dividend payments. Capital gains are taxed at a lower rate, and in some cases, a taxpayer can use a lifetime exemption to avoid paying any tax at all.

The government and a large majority of the Liberal caucus did not support the bill, but 19 Liberals, including Mr. Easter, did vote for it.

The government still plans to introduce amendments, but will “honour the spirit” of the original bill while closing any loopholes that might exist, Monday’s statement said.

One possible added measure would be tighter rules banning “surplus stripping,” a tax avoidance tactic in which an owner disburses cash from a business by claiming those payments as capital gains from an intergenerational transfer rather than as dividends. In surplus stripping, there is no real transfer of the business.

Possible remedies suggested by the government include requiring a transfer of “legal and factual” control from the parent to their child or grandchild; specifying the level of ownership that the parent can maintain “for a reasonable time” after the transfer; requirements for the parent to wind down their involvement in the business; and defining a minimum required level of involvement by the child or grandchild in the business after the transaction.

Mr. Easter said the Tuesday committee hearing will still go ahead. He noted that it will be an opportunity to underscore the importance of the principle of parliamentary supremacy to the Finance Department and to cabinet. He said that pressure from the public, along with some from the finance committee, pushed the government. “They recognized that they had to change that stance.”

Conservative MP Larry Maguire, who brought forward Bill C-208 as a private member’s bill, said he also welcomed the government’s announcement, but that he still believes that the Liberals are painting small business owners as tax cheats. Mr. Maguire said he is worried that any amendments will gut the bill and nullify its intention.

Dan Kelly, president and CEO of the Canadian Federation of Independent Business, praised the government’s change of heart, saying that he knows of many business owners looking to hand over their businesses to a new generation in the wake of the pandemic. “Hallelujah, this is a big change,” he said, adding that the legislation is the culmination of a decade of effort.

Both Mr. Kelly and Mr. Easter said they believe that any changes the Liberals propose will not be retroactive, meaning intergenerational transfers that take place before that point will proceed according to the wording of Bill C-208.

Mr. Kelly said Ms. Freeland’s intervention was key to the relatively quick reversal by the government, a contrast to the protracted fight between his group and then-finance minister Bill Morneau in 2017 over more stringent tax rules for small business. “The difference maker is the change in minister,” he said.

Patrick Gill, senior director of tax and financial policy for the Canadian Chamber of Commerce, said it was a positive development that the government had changed direction. But he said the issue of the unfair tax treatment of intergenerational transfers of small businesses is a longstanding problem that should have been addressed years ago. 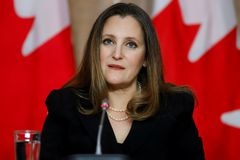 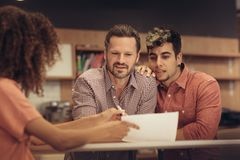