Environment Minister Catherine McKenna insists Canada is on track to meet its Paris climate target, despite a report from her department on Thursday that the government still does not have a clear path to reach it.

In a year-end news conference, the minister said the country is making progress on cutting greenhouse gases – despite Ontario’s backtracking on a previous emission-reduction plan – and can count on investment in public transit and the adoption of new technology, such as electric vehicles, over the next 12 years to close the gap identified in her department’s report to the United Nations.

The Liberal government is facing a tough fight with several premiers and Conservative Opposition MPs over the carbon tax that will kick in next year, along with a host of other regulations that will impose new costs on energy consumers and producers. Ms. McKenna acknowledged the Liberal climate plan will likely be a major issue in the federal election scheduled for next fall, but said the government is delivering on promises made in the 2015 campaign to put a price on carbon emissions to combat climate change.

“We have to fight if we want to protect the Canada we value,” she said. “We need to renew our commitments and keep working harder. Our government will remain steadfast in making progress on our climate plan with Canadians and reaching our targets.”

A global failure to address climate change will impose even greater costs on Canadians, the minister said, pointing to floods, heat waves and forest fires over the past year that scientists say will worsen as global temperatures increase.

The Environment and Climate Change Canada report says policies currently in place will deliver three-quarters of the emission reductions required to meet the country’s Paris target of 513 megatonnes (MT), equivalent to a 30-per-cent reduction in GHGs from 2005 levels by 2030. However, 79 MT of reductions will have to come from Canadians' adoption of new technology or in measures such as massive investments in public transit that are both under way and being planned − the impact of which is uncertain.

The Ontario government’s backtracking on the previous provincial plan increased that uncertainty gap by 30 MT, the department said.

Environment and Climate Change Canada also released new details on two of the government’s previously announced climate polices: the application of the carbon tax on large industrial emitters and regulations to cut the carbon content of gasoline, diesel and other fuels.

Ottawa will impose its levy on consumers in four provinces that do not have their own broad-based carbon price, whether in the form of a tax or a cap-and-trade system. They are Saskatchewan, Ontario, Manitoba and New Brunswick. For consumers, the tax will take effect on April 1, starting at $20 a tonne – or 4.3 cents a litre of gasoline – and increase to $50 a tonne in 2022. All revenues raised by Ottawa will be returned to the provinces in which they were raised, with 90 per cent going to households, the government says.

For large-emitting industries, the tax will kick in on Jan. 1, but they will only pay on a small percentage of their total emissions, a system that is meant to both encourage GHG reductions and protect the competitiveness of Canadian businesses. It will apply in Ontario, Manitoba, New Brunswick and Prince Edward Island, and on electricity and natural gas transmissions in Saskatchewan, which exempted those sectors from its large-emitters regulations.

Ottawa also issued draft regulations for a new clean-fuel standard that will require fuel distributors to increase the amount of ethanol or other biofuels blended into their products, or find ways to improve the energy efficiency of their supply chain. The government expects the clean-fuel standard to reduce GHGs by 23 MT from current levels by 2030. While the cost to consumers is not yet known, Ms. McKenna insisted it would be “minimal.” 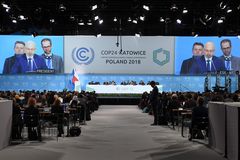