Ottawa is targeting heavy industry in provinces that fail to adhere to federal standards for carbon pricing by forcing those emitters to reduce their greenhouse gases by 30 per cent or pay tax on emissions above that threshold.

The federal carbon levy – which could grow to tens of millions of dollars per plant – would currently only apply to Saskatchewan and New Brunswick.

However, opposition Conservatives in Ontario and Alberta have threatened to kill existing carbon-tax plans in their provinces should they win in coming elections, raising the spectre of future federal-provincial showdowns.

Under the proposed regulations, large emitters would face sector-wide benchmarks for emissions reductions, with the country’s 15 refineries on average looking at a 30-per-cent cut from existing emissions levels. Companies in provinces that refuse to adopt their own carbon pricing system or fail to meet federal standards would be taxed on emissions above that level.

The only refineries in those provinces are the Irving Oil Ltd. complex in Saint John and the Federated Co-operatives Ltd. plant in Regina.

The proposed 30-per-cent benchmark is a “starting point,” and Ottawa expects to negotiate sector-by-sector thresholds over the course of the next several months, the press secretary for Environment Minister Catherine McKenna said Tuesday. The government wants to encourage industry to reduce emissions while protecting their competitiveness, Caroline Thériault said.

Still, industry executives worry about the additional cost of the federal proposal, which currently is more onerous than most provincial plans.

Ottawa’s plan requires “a level of emissions reduction that nobody has been able to achieve, so we just have to pay in this proposal,” said Peter Boag, president of the Canadian Fuels Association, which represents refiners. “And the payments become large as you move out to 2022 and a $50 carbon tax.”

Mr. Boag said that, if applied broadly, the carbon levy would render many of Canada’s refineries uncompetitive compared with U.S. and other foreign competitors.

The petrochemical industry is monitoring the federal plan, but currently, all its operations are in provinces that have their own carbon-pricing plans, which are generally easier on industry, said Bob Masterson, president of the Chemistry Industry Association of Canada.

He said Ottawa should leave the carbon-pricing regulations to the provinces, noting that New Brunswick is one of only a few provinces that are achieving emissions targets and should be left to pursue its own approach.

The carbon-pricing legislation was tabled as auditors-general across the country issued a report assessing Canada’s response to climate change, both in reducing greenhouse gas emissions (GHGs) and adapting to the changing conditions. Quebec did not participate in the study.

The auditors found that only two provinces have 2020 climate targets that they are on track to meet with domestic reductions: Nova Scotia and New Brunswick. Ontario is relying on its cap-and-trade plan, which includes emission reductions – or “allowance” – purchased from California.

“On the basis of current federal, provincial, and territorial policies and actions, Canada is not expected to meet its 2020 target for reducing greenhouse gas emissions. Meeting Canada’s 2030 target will require substantial effort and actions beyond those currently planned or in place,” the auditors’ report said.

However, the federal Environment Minister noted the audits were completed in late 2016 and did not include many measures that were undertaken as part of the federal-provincial climate agreement reached in December, 2016.

“We have been firm as a government,” Ms. McKenna said. “We’re not stepping back on climate action and I’m going to continue working here with Canadians who expect serious climate action. They expect that we also will grow our economy.“

Most provinces not on track to meet emission-reduction targets: auditors
March 27, 2018 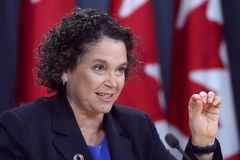 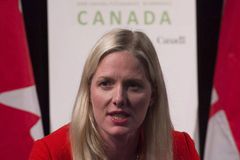 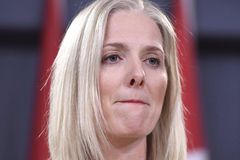 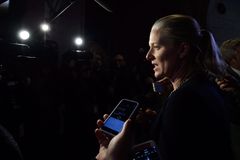