The federal government is preparing to release new “clean fuel” regulations that will push up the cost of gasoline and other fossil fuels beyond the impact of the carbon tax that took effect this week.

Environment Minister Catherine McKenna expects to issue proposed regulations for the Clean Fuel Standard before the end of June, with the measure due to take effect in three years. It would require companies that produce or import liquid fuels to reduce the carbon emissions associated with those products by 11 per cent by 2030, through the greater use of biofuels such as ethanol, improved energy efficiency in processing and the purchase of clean-energy credits. Companies that distribute or import natural gas would face similar regulations starting in 2023.

Producers of fuel and major consumers warned Wednesday that the regulations will drive up their costs – which in many cases will be passed on to consumers – but will offer no cushion for firms that use a lot of energy in their operations and face tough competition from international competitors that do not have similar cost burdens, as the federal carbon tax does.

“Part of the challenge of this is that it interacts with a whole bunch of other climate policies and regulations, including federal and provincial carbon pricing schemes,” said Peter Boag, president of the Canadian Fuels Association, which represents the country’s oil refiners. “And this is where we get into the issue that the cumulative cost impacts of this could be quite significant.”

The Liberal government is planning for the fuel regulation to result in significant reductions in the country’s greenhouse gas emissions by 2030, as Canada works to meet its international commitment to reduce GHGs by 30 per cent from 2005 levels. In a report this week, Canada’s Environment Commissioner Julie Gelfand criticized the government for not doing enough to meet its target, saying “the slow action” on climate change is “disturbing.”

Prime Minister Justin Trudeau is already fighting a fierce battle with conservative politicians, including Ontario Premier Doug Ford, over the cost of the carbon tax, which was levied in four provinces – Saskatchewan, Manitoba, Ontario and New Brunswick – which do not have provincial carbon pricing plans.

Into that political mix, Ms. McKenna is set to add the Clean Fuel Standard, a complex regulatory measure that has been pioneered by California and British Columbia. In B.C., companies paid an average of $200.61 a tonne in the final quarter of last year for credits used to meet their regulated targets. The federal carbon tax started at $20 a tonne and increases to $50 in 2022.

Environment and Climate Change Canada is “consulting widely to ensure the [regulation] provides businesses with flexibility to comply through different actions,” Sabrina Kim, Ms. McKenna’s press secretary, said in an e-mail. Companies will be able to add more renewable and low-carbon fuels to gasoline and diesel, or switch away from fossil fuels to cleaner options, such as electric vehicles, she said.

Opinion: Conservative lies about the carbon tax need to be called out

Opinion: Climate change is more expensive than the carbon tax

Business groups tout the benefits of the carbon tax, which many economists argue is the most cost-effective way to reduce emissions, compared with less flexible regulations. With a carbon price, “there an opportunity to achieve compliance in a least-cost manner of your own making,” said Bob Masterson, president the Chemistry Industry Association of Canada whose members in the petrochemical sector are investing $14-billion in expansions in the country.

The big winner from the regulation, at least as it relates to liquid fuels, will be ethanol and other biofuel producers who expect to see a fast-growing market for their production, especially low-carbon ethanol that is made from agriculture and forestry waste. Indeed, support for biofuel producers is one of the few areas where the federal Liberals and Ontario Progressive Conservatives are in sync – provincial Environment Minister Rod Phillips announced a provincial climate plan that would increase ethanol content in gasoline from 10 per cent to 15 per cent by 2025. 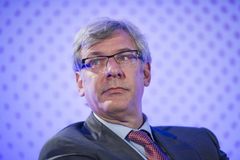 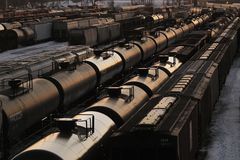 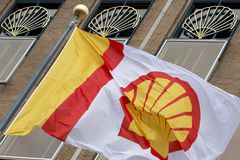