The federal government is adding $250-million to a fund that helps small and medium-sized businesses commercialize their work as part of $1.2-billion in new pandemic support for entrepreneurs, which follows weeks of warnings from companies that they were being excluded from Ottawa’s relief packages.​

The quarter-billion-dollar boost is for the Industrial Research Assistance Program (IRAP), run by the National Research Council of Canada. Enabling smaller firms to bring products to market is crucial to the growth of the country’s technology ecosystem, which has matured rapidly over the past decade. In March, days before the economy was paralyzed by widespread shutdowns, the Canadian Venture Capital and Private Equity Association revealed that Canada had just experienced the best year for tech investment since before the dot-com bubble burst. But many tech companies are young and have small or inconsistent revenues and have been forced to make deep cuts – including reductions in staff – threatening the sector’s growing role in the Canadian economy.

Ottawa also promised on Friday that clarity would be coming for the broader small-and-medium-business (SMB) community after many have warned they are not eligible for existing programs because of restrictions around payroll and revenues. On top of the IRAP funds, Prime Minister Justin Trudeau announced a $962-million boost to both the Community Futures Network of Canada, which provides support to small businesses in rural areas as well as funding for regional development agencies such as such as Western Economic Diversification Canada and the Atlantic Canada Opportunities Agency.

Details for how the nearly billion dollars will be allocated to SMBs were still being determined Friday, and will be announced soon, Economic Development Minister Melanie Joly said in an interview. The funds will be used to address each region’s specific needs, she said, adding that it was too early to confirm whether they would be grants or loans. “It’s to make sure we’re there to help business owners to cross the bridge and meet them on the other side” of the pandemic, she said.

In an interview, Innovation Minister Navdeep Bains said he hoped the IRAP funding boost would help 1,000 companies protect 10,000 jobs, and that money would flow to companies in a matter of days and weeks.

“Today’s announcement reflects the fact that we know we need to do more to support startups,” Mr. Bains told The Globe and Mail, reflecting criticisms of gaps in the Liberal minority government’s relief programs.

He said the new funding would be open to new clients, not just existing IRAP-funded companies. The program’s budget is traditionally $310-million a year. Mr. Bains also said Ottawa would not rule out adding more funding to the program if the need is there. “If we need to do more, we will do more,” he said.

Startups called the new announcement crucial, not just for the duration of the pandemic but for ensuring the future of the Canadian sector. “Within this community is the next Shopify – [a company] that will pay 10,000 people in high-paying jobs, and isn’t just a U.S. subsidiary,” said James Novak, the chief executive officer of Toronto maintenance-monitoring software company Fiix Inc. which has had to make cuts across the board during the crisis.

Hamid Arabzadeh runs Ranovus Inc., an Ottawa company developing technology to make data centres more energy-efficient. He said the new IRAP funding won’t only help him keep employees on his payroll, but will also ensure he doesn’t have to divert funding from other Canadian companies in his supply chain. “It has the best impact, because it gives us confidence as managers to go and invest money in our ecosystem,” he said.

Early stage companies don’t often have steady revenue, or revenue at all, as they prepare their products and services to go to market. In Canada, this has meant many companies have been ineligible for programs such as the Canada Emergency Wage Subsidy, which requires firms to demonstrate a 30-per-cent drop in monthly revenue from either earlier in 2020 or a year ago. For fast-growing “scaleups,” for example, that math didn’t work: if a company had doubled sales year-over-year, a 50 per cent decline due to the pandemic would put them at par with last year, even though the reduction of current revenue was still significant.

Meanwhile, because many early-stage technology businesses have access to venture funding to pay staff as they develop their products and services, their payroll expenses may exceed the $1.5-million limit to be eligible for the Canada Emergency Business Account forgivable loan program. Even then, the program’s $40,000 loan cap would be insufficient for many high-growth companies. Tech companies have felt similarly frustrated by loan restrictions in the $65-billion Business Credit Availability Program.

Since March, tech firms and the Council of Canadian Innovators, a lobbying group, have pressed Ottawa to release funding that would work for technology companies. The group, chaired by BlackBerry pioneer Jim Balsillie, represents more than 100 fast-growing Canadian tech companies. Their most recent internal polling found that two in five Canadian tech firms would be ineligible for Ottawa’s wage-subsidy program.

“Today’s announcement shows the government has listened to our calls to increase funding to existing innovation programs so that our technology entrepreneurs can stay afloat,” Ben Bergen, the council’s executive director, said in an e-mailed statement.

The government also said it would give more than $20-million to Futurpreneur Canada, which supports young entrepreneurs as they expand businesses. Friday’s announcements were part of a broader package for industry that included $2.4-billion in aid for the oil and gas sector and $1.7-billion to clean up the industry’s abandoned wells. 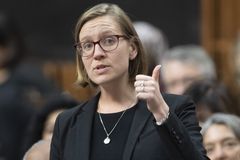 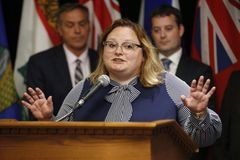 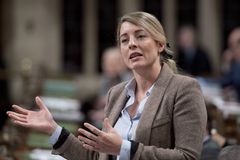