The federal government’s long-promised support for airlines and oil and gas companies came Monday in the form of a loan program for large corporations hit by the economic fallout of the pandemic.

The new program, called the Large Employer Emergency Financing Facility (LEEFF), will provide short-term bridge financing to Canada’s largest employers in situations where they are unable to secure loans from banks and other private lenders. It is aimed at companies with $300-million or more in annual revenues that are seeking financing of at least $60-million.

He said any federal money will come with “strict” conditions, including limits on dividends, share buybacks and executive pay, as well as requirements for companies to show how they contribute to Canada’s climate-change goals. The program will be off-limits to any company that has been convicted of tax evasion. Mr. Trudeau also said the government will review the financial records of applicants for signs of “aggressive tax avoidance.”

The list of conditions, combined with a scarcity of immediate details as to how the program will work or how much it will cost, left many questions as to how extensively it will be used.

Industry groups representing large companies – including the Business Council of Canada – praised the announcement, but said they are awaiting further details, which Ottawa said will be released later.

A senior government official, whom The Globe and Mail is not identifying because they were not authorized to speak publicly on the matter, said unlike recent programs, aimed at small and medium-sized businesses, the loans will be offered directly from the government rather than through Canada’s banks.

The government expects airlines to be among the first to apply, said the official, adding that the loans will be offered on the same terms for all businesses, regardless of sector. The official said the goal of the program is to prevent corporate bankruptcies and the significant job losses that would follow.

The LEEFF will be delivered through the Canada Development Investment Corporation, with support from the federal Innovation and Finance departments.

The program will be open to large for-profit businesses other than those in the financial sector, as well as some not-for-profit businesses, such as airports. The companies must have significant operations in Canada and cannot be involved in active insolvency proceedings.

Finance Minister Bill Morneau said the program is available to all industrial sectors, including oil and gas, aviation and tourism.

Airlines on Monday welcomed the news but said they needed more details from the government before saying how much – if anything – they would borrow under the program.

The Air Transport Association of Canada has pushed for airline bailouts, warning of “catastrophic” effects of the plunge in demand for air travel on the industry, which has parked hundreds of planes and idled thousands of workers.

John McKenna, head of the industry group, which represents 75 smaller carriers, said three-quarters of Canada’s airlines do not qualify for the aid announced on Monday because they do not meet the $300-million minimum revenue threshold.

“These 75 per cent are the regional carriers all over Canada and they offer an essential service to many communities,” Mr. McKenna said. “We are keeping our fingers crossed, hoping that the government will come up with a second phase aimed at helping the regional carriers.”

John Gradek, a lecturer on aviation leadership at McGill University, said a healthy airline industry is essential to the economy, but that the large carriers’ lavish executive pay, share buybacks and a quickness to demand taxpayer money in past crises have not endeared them to the public. The carriers’ refusals to refund customers’ money and offer credits instead for flights cancelled due to the COVID-19 pandemic has darkened their image.

“There is a general feeling among the Canadian population that airlines don’t deserve a bailout,” Mr. Gradek said.

Air Canada has already taken a loan from Export Development Canada worth $788-million. Toronto’s Porter Airlines has borrowed $135-million under the agency’s expanded mandate. And thousands of airline employees are receiving federal wage subsidies under a program Ottawa announced in March.

U.S. airlines are sharing a US$25-billion rescue package that could include loan forgiveness and government share ownership.

Calin Rovinescu, Air Canada’s chief executive officer, said last week that the collapse in demand for air travel has plunged the industry into its “darkest period.” He said Air Canada, which has parked more than 200 planes and cut its schedule by 90 per cent, has more than $6.5-billion in cash but is burning $22-million a day on fixed costs.

The announcement was well-received in Alberta, where the once-booming oil and gas sector is treading water in the wake of obliterated crude prices and demand.

Industry is particularly pleased that the package provides the liquidity measures it needs to survive.

Tim McMillan, president and chief executive of the Canadian Association of Petroleum Producers, told The Globe that Monday’s announcement was an encouraging sign of support from the federal government.

He said the program dovetails nicely with similar supports for small and medium-sized businesses unveiled in Ottawa a few weeks ago. He added that the sector is still working to understand how those supports apply to energy, and expects the finer points of the new LEEFF program to take time, too.

“I hope that the government is giving themselves the flexibility – as they have in the past with other programs around this crisis – to ensure that if it isn’t hitting the mark, they can adapt and make sure that they’re getting the outcome they are there intending to,” he said.

Cenovus Energy Inc. spokesperson Sonja Franklin said in an e-mail that the company needs more specifics before weighing in on how the program could benefit Cenovus. However, she said she is pleased that the federal government gave a nod to large-scale companies.

“We do not know how long these low oil prices will continue, so it is important for the government to be there with additional liquidity support for large companies that employ tens of thousands of Canadians,” she said.

The devil is also in the details for Alberta Finance Minister Travis Toews.

He was pleased, however, with Monday’s announcement and said the package is consistent with what Alberta had requested from Ottawa.

“We’ve spent the last two months ensuring that our federal government understands the importance of the energy industry,” he said.

“We’ll be listening to industry and working with the federal government to ensure that this bridge financing is, in fact, accessible and timely, because we know some of these businesses don’t have a lot of runway.”

The next step is ensuring that the strings attached to the cash aren’t too onerous, he said. With the bulk of large-cap energy companies already reporting climate and emissions goals, he doesn’t expect that hoop to be a difficult one to jump through.

Adam Legge, president of the Business Council of Alberta, said he’s pleased that the program is flexible enough to apply to not just oil and gas, but aviation, tourism and other hard-hit sectors.

“Liquidity is the one thing we've been calling for,” he said, “so it's a very welcome announcement.”

Mr. Legge said he expects the program to be “the final piece of the puzzle” in terms of liquidity measures for the oil and gas sector.

University of Calgary economist Trevor Tombe said the government has not fully explained why the program is needed, given that the Bank of Canada is already working to support private-sector lending.

“What is the problem this is solving?" he asked. “This is a very niche program that will eventually apply only to a very small number of companies.” 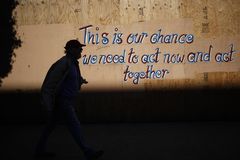 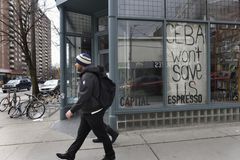 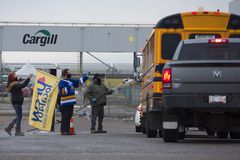 Coronavirus information
The Zero Canada Project provides resources to help you manage your health, your finances and your family life as Canada reopens.
Visit the hub
Follow Bill Curry and Emma Graney,  on Twitter @curryb @EmmaLGraney
Report an error Editorial code of conduct
Due to technical reasons, we have temporarily removed commenting from our articles. We hope to have this fixed soon. Thank you for your patience. If you are looking to give feedback on our new site, please send it along to feedback@globeandmail.com. If you want to write a letter to the editor, please forward to letters@globeandmail.com.
Comments