The federal Environment Ministry said it is planning to exempt some oil sands projects from environmental assessments, a move that addresses a major irritant between Ottawa and Alberta as the province grapples with steeply discounted oil prices.

Alberta Premier Rachel Notley has demanded that Ottawa recognize provincial primacy in regulating the oil and gas sector, while insisting the federal government must do more to support the industry as it faces far lower prices compared with North American and international benchmarks.

Ms. Notley wants Ottawa to formally exempt in situ oil sands projects – which typically use steam to extract the bitumen from underground – from the list of projects that will receive a full impact assessment under Bill C-69. Ottawa has said the projects fit under its proposed exemptions. However, the bill, which was passed by the House of Commons and is now before the Senate, has become a lightning rod for critics in Alberta who argue the Liberal government has failed to proceed with construction of the Trans Mountain pipeline expansion while it saddles the industry with onerous regulatory burdens that will stifle jobs and investment.

Alberta is suffering as its crude is fetching deeply discounted prices because of swollen inventories across the province brought on by a surge in production and the shortage of export pipeline and rail capacity. Ms. Notley has ordered an across-the-board production cut of 8.7 per cent, starting in January, in order to prop up prices. On Tuesday, Western Canadian Select – the benchmark for heavy crude – traded at about US$28.40 a barrel, a discount of about US$24.50 compared with West Texas Intermediate. The differential, which reached as high as US$45 in November, has narrowed since Ms. Notley ordered the production cuts on Sunday.

A spokeswoman for Catherine McKenna, the federal Environment and Climate Change Minister, said that, while the list is not finalized, in situ projects fall within the government’s planned exemptions because they are covered by the Alberta government’s plan to limit greenhouse gas (GHGs) emissions from the oil sands. With the support of some major producers, the Alberta government passed legislation to set a 100-megatonne cap on GHG emissions from the oil sands, although it has yet to issue the required regulations, which are needed to reassure Ottawa the caps will be enforced

The regulations would allow emissions to increase in the oil sands by roughly 50 per cent above 2015 levels, but Ms. McKenna insists that increase is consistent with Canada’s commitment to reduce GHGs by 30 per cent below 2005 levels by 2030.

“Given that in situ oil sands emissions are subject to the 100-megatonne oil sands emission cap, any proposed in situ facilities in Alberta subject to the Oil Sands Emissions Limit Act and consequential regulations fall within the exemption eligibility proposed in our discussion paper that would see these projects exempt from a full federal review,” Ms. McKenna’s press secretary, Caroline Theriault, said in an e-mailed statement.

With a provincial election set for next spring, Jason Kenney, leader of Alberta’s United Conservative Party, has vowed to scrap the NDP government’s climate plan, although it is unclear whether that includes the oil-sands emissions cap. In the absence of such provincial regulations, the federal government could re-assess whether it should exempt in situ projects from federal scrutiny.

Ms. Notley has said the legislation should be put on hold until a host of concerns she has with it are addressed.

“We have heard assurances in the past from the federal government that in-situ projects will not be included in the C-69 project list but assurances are not enough,” Ms. Notley’s director of communications, Cheryl Oates, said on Tuesday. “Among other things, we need to see the details and application of their proposed rules set out very clearly in the regulations … .”

Industry officials are particularly concerned that the assessment of future pipeline projects could get bogged down in lengthy delays and court challenges, although the federal government insists the timelines for review are clear and reasonable, and that good projects will be approved in an efficient manner.

Cenovus Energy Corp. is among the largest producers of oil sands crude and its chief executive Alex Pourbaix said this week the company is keen to avoid lengthy federal hearings on new developments for steam-assisted, gravity-drainage (SAGD) projects, another term for in situ extraction. “It is incredibly important for Cenovus and for the industry at large,” Mr. Pourbaix said in an interview. “We have always understood that SAGD projects would not fall within the major projects list and, if that were to be different, that would be a very serious impact on the industry."

Compounding the industry’s shipping problems, Enbridge Inc. reported on Tuesday that several of the pipelines in its main crude export network experienced temporary outages or reduced flow rates as the result of a power failure at SaskPower. Enbridge spokeswoman Tracie Kenyon said the company was working with the utility to restore power as soon as possible, but could not say when operations would return to normal. 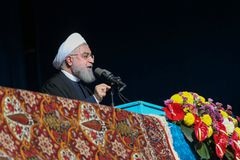 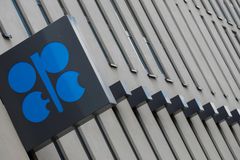 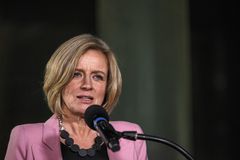