Alberta’s Premier privately urged Teck Resources Ltd. to move forward with the Frontier oil-sands mine project, despite the company’s fear it was becoming mired in intractable climate-change controversy.

Sources at the company and in government say that, in the days before Teck’s decision on Sunday to withdraw a federal application to develop Frontier, chief executive Don Lindsay and the company’s board grew increasingly concerned that the economic benefits, already in doubt because of declining oil prices, were outweighed by the project’s role in the debate over addressing climate change. The Globe and Mail is not identifying the sources as they were not permitted to speak publicly about the decision.

The massive project, which was expected to cost $20.6-billion and generate thousands of new jobs in Alberta, also fed into the antagonistic relationship between the federal Liberals and Alberta Premier Jason Kenney. Mr. Lindsay shared his misgivings with Mr. Kenney early last week, and the Premier urged Teck’s CEO to continue with the project, the sources said. Sources in Mr. Kenney’s office said Mr. Lindsay made it clear that the controversy over Frontier would tarnish the company.

Mr. Lindsay spoke to Prime Minister Justin Trudeau and Mr. Kenney on Sunday to explain why Teck halted the project.

At a Monday news conference in Edmonton, the Premier cast the blame for the cancellation on the Prime Minister and federal policies that he said caused regulatory uncertainty and unacceptable delays.

Mr. Kenney rejected the notion that Canada’s lack of a cohesive climate policy prompted Teck’s decision, despite Mr. Lindsay’s insistence in a letter to the environment minister on Sunday that the country must formulate a plan, and soon.

Instead, Mr. Kenney pointed to “lawlessness” and “virtual anarchy” created by Canadians who formed blockades to oppose resource development. He said his government would ensure projects get built.

That includes direct government investment in companies and Indigenous groups that pursue resource development, Mr. Kenney said. He wouldn’t rule out buying the Frontier mine project.

Even if he does, Ottawa would still have to approve it, and some sources said it still would face stumbling blocks.

Among the concerns raised inside the federal government were how the company would achieve its pledge to be carbon neutral by 2050, according to the sources. Teck set the new goal in early February, but gave few details about how it would reach the target. Federal officials also queried Alberta’s promise to track its emissions of greenhouse gases to ensure it stayed under its own annual cap of 100 megatonnes even though Frontier was projected to add 4.1 megatonnes to that total. The province made the promise on Friday, pending Ottawa’s approval of the mine. 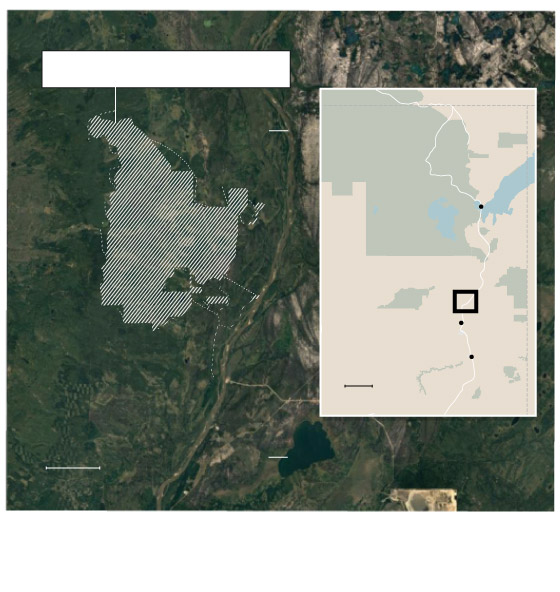 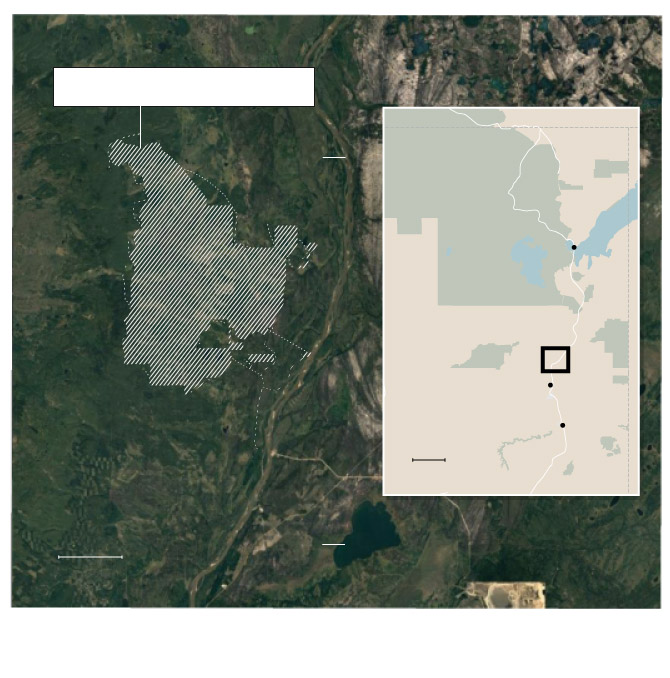 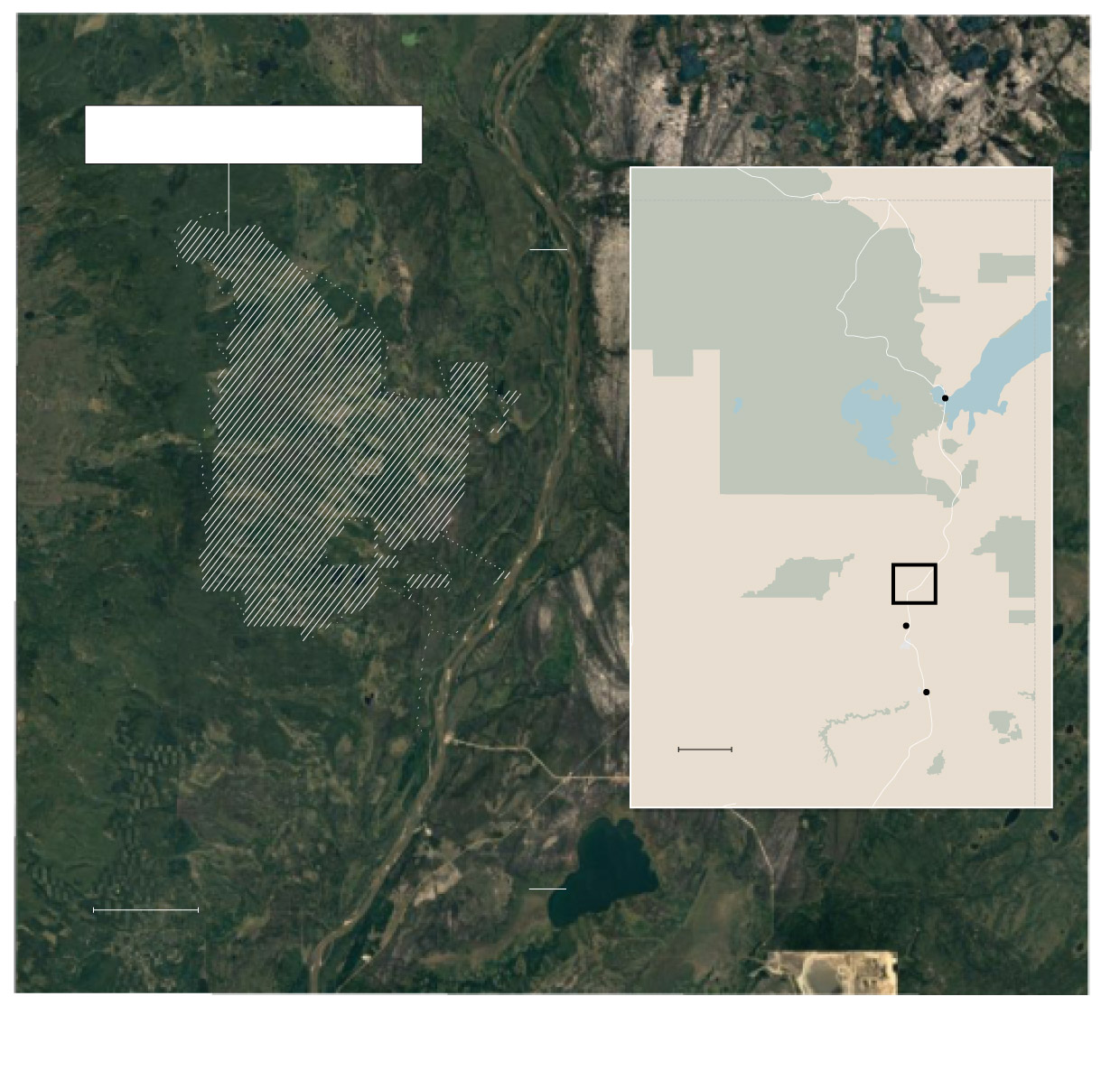 Had the company not pulled the project, it would have also faced questions about how it planned to protect Wood Buffalo National Park and species at risk, including wood bison, according to one of the sources.

The project’s cancellation highlights the need for Mr. Trudeau to clarify the role of the oil and gas sector in the economy as his government aims to slash emissions, a former executive in the energy industry said.

“This country can’t go on in terms of having a climate policy that is unclear on whether it will tolerate incremental growth in hydro-carbon production,” Dennis McConaghy said. Until 2014, Mr. McConaghy was the executive vice-president of corporate development and strategy at TransCanada Corp., now TC Energy Corp.

In the fall election campaign, the Liberals promised to implement policies to hit a more ambitious emissions reduction target – net-zero emissions by 2050 – but gave few details on how it would get there. The government is expected to unveil more information in the spring.

But in Ottawa on Monday, Environment Minister Jonathan Wilkinson stressed the need for industry to reduce the carbon intensity of the fuels produced. He said the sector and provincial and federal governments need to focus on joint efforts.

Teck made its decision on Frontier at a time when its other major businesses, including coal, zinc and copper mines, are under pressure because of falling commodity prices and operational issues. Teck’s stock price fell 15 per cent on Friday and a further 2.7 per cent on Monday, during a session when concerns over the coronavirus’s impact on economic growth led to a sharp stock-market decline.

Mr. Lindsay said in a presentation in Florida on Monday that his company has no timeline to resubmit the oil sands mine for regulatory approval. In his letter, Mr. Lindsay said: “The situation that has faced Frontier will be faced by future projects, and it will be very difficult to attract future investment, either domestic or foreign.”

Teck plans to write down the value of the Frontier project BY $1.13-billion. The project had already passed a lengthy regulatory review and the federal cabinet was expected to decide on Tuesday whether to approve or reject it or delay a decision. On Friday, the company took $900-million dollar writedown on its existing Fort Hills heavy-oil mine in Alberta. That was due to lower expectations for the price of crude oil.

Jack Mintz, president’s fellow of the School of Public Policy at the University of Calgary, wasn’t surprised by the hit to Teck’s stock price over the past few days given the Fort Hills and Frontier decisions. Risks in the resource sector related to climate change and government policies have “gone up considerably,” he said. “I think there was some surprise [Frontier was cancelled], but nobody seemed confident it was going to go ahead anyway.”

Teck’s Sunday call for a “more positive” discussion on climate policy and resource development and for governments to reach agreement on the path forward didn’t prompt party leaders to alter course in the House of Commons on Monday.

Conservative Leader Andrew Scheer accused Mr. Trudeau of letting “anti-energy activists” write his government’s policy and said it is the Liberal government’s fault projects aren’t getting built in Canada. In response, Mr. Trudeau said that while Canadians want a strong economy and action on emissions, it is “only the Conservative Party of Canada and its provincial counterparts that are standing against climate action and hurting our economy and jobs because of it.”

With files from Emma Graney