Cuckoo Kochar never had problems forecasting sales for his company’s new housing projects in the Ottawa region. Growth was so predictably steady, he says, that it was easy to roll out new developments and know almost exactly how sales would go.

But that has changed since 2017, when the home market in the region started to take off. The founder of DCR/Phoenix Group says he and two partners launched the first phase of their new Pathways at Findlay Creek complex in September, 2018, and were stunned to sell out all of the townhouse units in the first day.

He now has six housing projects under construction and several more coming, trying to move quickly to take advantage of the growing heat in the Ottawa region’s housing market.

“The last two years have been very dramatic and we’re scrambling to catch up to it,” Mr. Kochar said.

While average national home prices have fallen in Canada since mortgage qualification rules tightened at the start of 2018, the country’s capital has been experiencing its biggest boom in almost a decade. House prices have climbed sharply despite the headwinds that have had an impact on several other major markets and bidding wars are increasingly common.

Bubble trouble: In Vancouver’s housing market, pain has set in

Builders such as Mr. Kochar are watching buyers snap up new construction as projects hit the market, with modestly priced townhouses one of the strongest categories.

Ottawa posted the fastest rate of home price increase for a major city in Canada in March, based on the MLS home price index. Benchmark prices hit $405,500, up 7.6 per cent over March last year, while prices nationally fell by 0.5 per cent. Ottawa is outpacing even the fast-growing Montreal market, where the benchmark home price rose 6.3 per cent in March.

Recent flooding in areas of the Ottawa region has impacted sales in some neighbourhoods, but prices for low-rise homes still climbed 7.4 per cent in April compared to a year ago, while condo prices leapt by 14.3 per cent.

Builders and real estate agents say Ottawa’s burst of heat is caused by a shortfall of listings to meet demand as the city’s population grows and jobs flood into the region’s high-tech hub. Growing investor activity in the city has also added to the pool of people searching for homes.

Russ Perkins, manager and realtor at Royal LePage Performance Realty in central Ottawa, said one of his agents helped a client bid on a townhouse that garnered 31 offers in early April.

“That’s the biggest number I’ve heard of in Ottawa. Before that it was 27, and that was last year,” he said.

The market is changing so quickly that it’s hard for agents to read, he added.

“I can tell you that no real estate agent likes the market in Ottawa,” Mr. Perkins said. “The only people who like this market are sellers. Buyers are frustrated.”

Real estate agents say they could sell more homes if they were available, especially in walkable central neighbourhoods.

In the first quarter this year, the number of homes sold in Ottawa rose just 0.4 per cent, a slowing from the already modest 2.2-per-cent sales growth posted in 2018. Sales in March fell by 8.6 per cent compared to last year.

The explanation for the volume drop is evident in the number of homes listed for sale in Ottawa. New listings fell by 18 per cent in March compared with the same month last year and were down 24 per cent compared to March two years ago.

A key problem is that many potential sellers are sitting on the sidelines, struggling to find – or afford – the right move-up home for themselves.

In some respects, Ottawa is having a late growth spurt. Major cities in southern Ontario – including the Greater Toronto Area – have still seen greater cumulative price increases than Ottawa over the past three years, despite weakness in 2017 and 2018.

But Ottawa’s growth has come later, during a period when several other markets – including Vancouver, Calgary, Edmonton and Toronto – are contracting or drifting sideways.

Ottawa’s comparatively high salaries in the government and high-tech sectors, coupled with lower average home prices, mean the mortgage stress test did not push as many local buyers out of the market.

“You get a professional young couple, they’re probably making $120,000 between them, at least,” Mr. Hooper said. “Even with the stress test, they can usually afford it.”

Rising rents and tight vacancy rates have also led more people to decide buying makes sense. Mr. Hooper said it is typical to pay $2,500 a month in rent for a two-bedroom apartment in a prime location, an amount that can easily cover mortgage payment.

Ottawa’s relative affordability is also drawing the attention of investors, who are increasingly buying rental properties.

Realtor Suzanne Lang of Sotheby’s International Realty in Ottawa has helped local investor buy homes for rental, but has also had a growing number of clients from markets like Vancouver and Toronto who are investing in real estate in Ottawa because it is more affordable than in their home cities.

“I have a number of people right now who can still buy a condo in the $300s that they wouldn’t be able to afford in Toronto,” she said.

While there are not a lot of foreign buyers in Ottawa, Ms. Lang said there is more foreign interest emerging as buyers look for affordable alternatives to the Toronto market. The Ontario government imposed a 15-per-cent foreign buyers tax on the Toronto region in the spring of 2017, which has made Ottawa more affordable by comparison.

Shanghai-based website Juwai.com, which helps Chinese buyers find properties for purchase in foreign countries, reported waning investor interest in Vancouver and Toronto last year, but said searches on its site for Ottawa properties climbed by 33 per cent in 2018.

The last phase of a project Harbour Equity helped finance for DCR/Phoenix Group sold out before his firm could even complete the paperwork on the lending, he said.

Mr. Silberberg said he would like to do further investing in Ottawa because there are strong fundamental reasons – including employment, population growth and affordability – to support more price growth.

"We’d like to do more in Ottawa, no question – and in Montreal,” he said. “We saw not that much growth in those markets from 2012 through 2016, whereas the rest of the country was going gangbusters. ... But it’s been a complete reversal, with both Montreal and Ottawa doing extremely well over the last year.”

The lack of housing supply is spurring a burst of new home construction throughout the Ottawa region, with developers like Mr. Kochar reporting they are launching projects quickly at prices well above levels charged even a year ago.

Mr. Kochar said his Pathways townhouse project in Ottawa was priced at $330,000 in September. The group plans to launch the project’s second phase at $410,000 this spring – an almost 25 per cent increase in less than a year.

One major reason for the price inflation is the soaring cost to secure tradesmen to do skilled work such as bricklaying in the booming market, Mr. Kochar said.

“It’s unbelievable what has happened in the past year and a half; the trades are up quite heavily,” he said. “It’s not that my profit has increased, it’s that my cost has gone up.”

The demand for new construction is also creating Toronto-style lineups when new developments go on sale, with some people even camping out to be first in line when doors open at sales centres, says Cheryl Rice, Ottawa president of PMA Brethour Real Estate Group.

If anything, sales of prebuilt homes are even hotter than resale homes, with sales of new homes jumping 25 per cent in March compared to the same month last year, according PMA Brethour, which tracks data on the new construction residential market in the region. For the first quarter of 2019, sales of new units are up 8 per cent after a slow start to the year.

Unlike the Toronto and Vancouver markets, low-rise units still account for most of the new construction in the Ottawa market and high-rise condos are a smaller component.

Ms. Rice said townhomes are “reigning king” for young buyers in Ottawa, accounting for 56 per cent of new units sold in March.

Unlike Toronto’s market where condominiums are the only affordable option for many first-time buyers, townhouses in Ottawa are still within reach of most buyers and can be roughly similar in price to condominium alternatives in many parts of the region.

“There is a little bit of a frenzy out there," Ms. Rice said. "Product is flying off the shelf.” 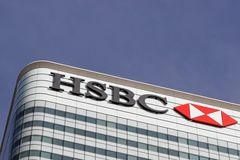 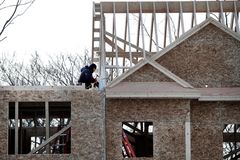 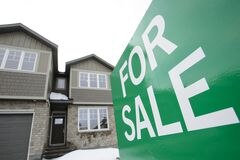