Ontario’s tax revenues surged in fiscal 2021 even as the coronavirus flash-froze the provincial economy, defying not only the government’s own budget estimates but economic orthodoxy.

According to the final accounting for the 2020-21 fiscal year released on Friday, Ontario’s revenue from both individual and corporate income taxes rose, coming in higher than updated budget estimates and up from the previous year. The province’s tax revenue increased 2.4 per cent in the past fiscal year, despite Ontario’s real gross domestic product tumbling 5.1 per cent in calendar 2020.

The increase in revenue was more than unexpected -- it was not supposed to happen. During recessions, tax revenues have historically declined as job losses eat into individual incomes and falling profits reduce the tax take from corporations.

But the 2020 economic contraction was different, as the federal government (and to a lesser extent, the provinces) spent hundreds of billions of dollars on support programs for individuals and companies. Household incomes actually rose as programs such as the Canada Emergency Response Benefit more than replaced lost earnings, said Trevor Tombe, an assistant professor of economics at the University of Calgary’s School of Public Policy. Companies, too, benefitted from a slew of support programs, most notably the Canada Emergency Wage Subsidy.

“Because these emergency benefits are taxable, provinces get a piece of that,” Prof. Tombe said.

Ontario’s piece is worth billions, according to the final public accounts for fiscal 2020-21 issued last week. The province’s finance ministry said taxation revenues rose to $110.9-billion, more than $11-billion higher than the $99.1-billion forecast in March, 2021. The final tally for fiscal 2021 even topped the taxation revenue forecast of $108.7-billion made in the early days of the pandemic in March, 2020, and Ontario’s $108.3-billion in tax revenue in 2019-20.

Corporate income taxes accounted for the biggest part of that increase, rising to $17.8-billion compared with the March, 2021, forecast of $11.4-billion, and higher than the 2019-20 total of $15.4-billion. The pattern was similar, if less dramatic, with personal income taxes. The province doesn’t break out taxation by sector, but the profitability of the financial sector, centred in Toronto, has shot up so sharply during the pandemic that the federal Liberals have proposed two windfall-profit taxes.

In an e-mail to The Globe and Mail, Ontario Finance spokesperson Scott Blodgett wrote that the growth in tax revenues is “sharply different from the experience of past economic downturns, when these revenues declined sharply.”

In his e-mail, Mr. Blodgett added that no forecasters had predicted such robust growth in revenues for fiscal 2020-21, including in that assessment the federal government, other provinces, the Parliamentary Budget Officer and the Ontario Financial Accountability Office.

Smaller provinces have posted taxation revenue declines for 2020-21, although it’s possible that those declines would have been more severe without Ottawa’s intervention. Ron Kneebone, an economics professor at the University of Calgary, said energy prices and policy decisions are other influences.

British Columbia marked some gains as well, although on smaller scale than Ontario. The province’s 2020-21 taxation revenues were slightly lower than its prepandemic forecast made in February, 2020, but higher than the updated forecasts it issued in the following months. Prof. Kneebone said the province’s personal income tax revenue rose by 4.3 per cent in fiscal 2020-21 compared with fiscal 2019-20.

The Ontario Finance Ministry would not say if it foresees a similar windfall in the current fiscal year. In its first-quarter fiscal update issued last month, the government forecast taxation revenue of $105.8-billion, ahead of what it had forecast for the previous year, but $5.1-billion lower than the actual results.

The government would say only that it would provide updated information in its fall economic statement, which needs to be tabled by Nov. 15.

However, Prof. Tombe said the fiscal uplift from Ottawa has no doubt carried through, since pandemic income supports for individuals and businesses continue for at least the first six months of the fiscal year. “Some of these effects will persist,” he said. 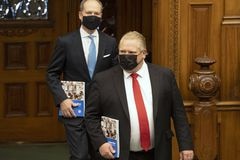 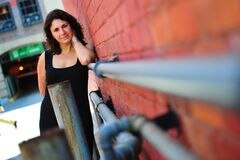