Two Canadian pension funds are planning to build 37 new buildings west of Toronto, in what they say is the biggest development project in Canada’s history, as the companies race to capitalize on the housing shortage and low office vacancy rates in the country’s most populated region.

Oxford Properties, the real estate company of Ontario Municipal Employees Retirement System, and Alberta Investment Management Corp. (AIMCo) will spend an undisclosed sum on redeveloping the area around the popular Square One shopping mall in Mississauga.

Called Square One District, the development will encompass 130 acres of land and be home to 18 million square feet of new space, of which 13 million is slated for residential. The total is equivalent to about one-fifth of the total rentable office space in downtown Toronto, according to commercial real estate brokers.

“We think it will bring transformational change,” Mississauga Mayor Bonnie Crombie said. “Our plan is to make our downtown core more walkable and livable.”

Home builder Daniels Corp. will partner with Oxford and AIMCo on the first phase of development that includes a 36-storey apartment building and a 48-storey condo tower. Construction is expected to start this summer. Ms. Crombie said the city is currently in negotiations with the developers over how much space will be set aside for affordable housing in the apartment buildings.

The first new apartment will be offered at market rents.

“The affordability will still be negotiated with Oxford,” she said. The city has approved the developers’ master plan, which means no new zoning is needed. However, Oxford will need permits to start building the new residential towers.

“Discussions on the first phase are well advanced and we are well positioned to start construction in the summer of 2020,” Oxford spokesman Daniel O’Donnell said.

Developing the entire downtown with 37 new towers is expected to take at least three decades.

The lack of housing in the Toronto region has driven up real estate prices and rental rates to levels that are well out of reach of many residents. Local governments have been pushing for denser living arrangements in order to accommodate the growing population in the Greater Toronto Area.

In Mississauga, the average rent for a condo was $2,296 in the last quarter of 2019, up 6 per cent over the previous year, according to real estate consultancy Urbanation.

Developers have focused primarily on new condos and Square One District marks the beginning of a wave apartments or purpose-built rental buildings in the city. Eventually, the new downtown is expected to have 18,000 residential units capable of accommodating 35,000 residents. More than half will be rental apartments.

It is the latest push into a large-scale development in the country. Real estate investment trusts such as RioCan and SmartCentres are ripping up the land around their retail properties and turning the spaces into a combination of apartments, condos, office towers and retail.

“The retail areas are ripe for development. They have large parking lots to develop on and you only have one story to tear down,” said John Crombie, a retail expert with commercial realtor Cushman & Wakefield. “They are finding they don’t need a sea of parking spaces.”

Mr. Crombie, who is not related to the Mississauga mayor, expects this trend to accelerate, as more residents prefer to live close to where they work and as the rise of e-commerce forces mall owners to redo their shopping centres.

Even tracts of land that were once considered a wasteland are now a hot commodity. Pension funds have acquired industrial land around Toronto’s international airport, as well as derelict land east of the city’s financial district.

This will be the second large-scale development for Oxford. The Canadian company teamed up with a U.S. real estate company to develop a new business district in Manhattan called Hudson Yards.

Oxford’s executive vice-president Eric Plesman would not say how much the development project is expected to cost except to say: “It is fair to say it is in the billions.”

This spring, the first office tower will be pitched to potential tenants. Oxford will not build the office space “on spec,” or if it does not secure a major tenant. Even though Toronto has had the lowest office vacancy rate in North America for more than two years, demand was not as robust in neighbouring cities such as Mississauga.

That trend may be reversing with high office rental rates in the city forcing some businesses to find cheaper locations. “We are starting to see businesses return to the suburbs,” said Jon Ramscar, a managing director with commercial realtor CBRE Ltd. 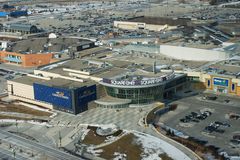 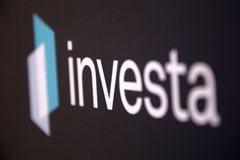 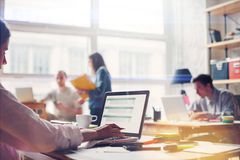