The panel tasked with determining the criteria for news outlets to receive part of the government’s five-year, $595-million package of funding for journalism has made its recommendations to government. The group is calling for a reconsideration of the funding, saying the current package will be insufficient to save many outlets. It is also urging the federal government to spend more of its own advertising budget on Canadian newspapers and websites, and less on “foreign-owned digital companies” such as Facebook Inc. and Alphabet Inc.'s Google, which do not pay for Canadian newsrooms.

“We’d much rather be generating revenue through advertising than getting government subsidies," Bob Cox, the chair of the panel and publisher of the Winnipeg Free Press, said in an interview Thursday. “It’s baffling why a government that is already spending money on advertising has really withdrawn from the newspaper sector ... [and] redirected their money to digital, largely Facebook and Google.”

The funding included in the budget will be distributed in three ways: a labour tax credit for companies paying salaries of “newsroom employees”; an income-tax credit for Canadians who subscribe to digital news outlets; and charitable status for journalism outlets to receive donations and issue tax receipts to donors.

The report recommended expanding the charitable status to cover not only organizations that produce news but foundations that support them.

The panel also pointed out that some of the funding limitations initially set out by the government – such as the requirement to have paid at least two regular employees for at least the past year – excluded smaller, local news outlets that are at significant risk of disappearing. It suggested that small publications serving “established audiences” for at least a decade, should be allowed to apply for tax credits for freelancers and independent contractors, such as reporters, editors, photographers and others.

It also recommended another funding program specifically for small print and digital publications, especially those with an Indigenous or ethnic focus. And it said 5 per cent of the government’s advertising budget should be directed to publications written for minority language communities.

The panel does not believe that changes to the funding would cost any more, but would rather reallocate money already in the budget. For example, the government provided numbers to the panel that showed that of the $595-million, roughly $360-million would be spent on labour tax credits, $136-million on subscription tax credits and $96-million on charitable status. (Exact numbers would differ slightly to add up to the total.) But the panel’s own analysis shows that current donations to journalism outlets do not reach anywhere near a level that would account for $96-million in tax deductions.

Brian Myles, the publisher of Le Devoir, said he was pleased with the recommendations but disappointed that any changes to the charitable-status provisions would have to wait for legislative change. Separate foundations that raise money for journalism are not covered by the funding; Les Amis du Devoir, a not-for-profit corporation that raises funds for the paper as well as providing funding to journalism students and public events, is one example. Mr. Myles said he could not think of journalism outlets other than La Presse – which moved to a non-profit model last year – that would be eligible.

“It’s profoundly unjust for Le Devoir and other organizations that had the intent to set up foundations,” he said on Thursday. “There’s no way we can live with a program that benefits very few, if not only one player, and the rest are excluded. ... I’m pretty surprised that the government crafted such a half-baked measure.”

In Le Devoir’s submission to the panel, it said it expects $700,000 in donations to Les Amis du Devoir this year, up from $550,000 last year, and that it believes being eligible for charitable tax incentives could boost donations by one to 1.5 times its current levels.

In addition to the budget recommendations, the report urged the government to amend the Income Tax Act so that Canadian advertisers cannot deduct advertising spending that is directed to foreign-owned media. Industry representatives have long complained that the existing tax rules effectively create an incentive to direct ad dollars to formidable foreign competitors of Canadian media and further disadvantage a media industry that is already struggling to sustain advertising revenues.

The panel took a step further, suggesting that non-Canadian search engines and social media giants that “benefit from Canadian news content” should contribute to funding it. In this sense, the panel echoed another ongoing debate in the Canadian media landscape – whether foreign-owned streaming companies should be required to contribute to the country’s broadcasting system and the creation of Canadian cultural content.

The report provided a number of detailed recommendations on the criteria for outlets to be considered eligible for funding – including a commitment to following journalistic principles such as verifying information before publishing and correcting errors, as well as a minimum 50 per cent of a publication’s content that should comprise original news produced by that outlet. It set out details on what constitutes a journalist and what types of content should not be included, such as advertising and sponsored content. These recommendations elaborated on some of the criteria already established by the government.

The report addressed concerns that the funding could effectively subsidize bonuses for Canadian media executives, citing “certain companies [that] have eliminated jobs in their newsrooms at the same time as giving executive officers excessive compensation.” It recommended that the government require organizations not to provide such “excessive compensation” while receiving funding but did not define what it considers excessive.

The government asked the panel to recommend the formation of a second panel to review applications for the tax credits, but it said that applications should be reviewed by the Canada Revenue Agency. It recommended that a panel of experts, including people from postsecondary journalism education programs in Canada, consult with the CRA only when the agency is unsure of an applicant’s eligibility. The group also recommended that a list of organizations that have been deemed eligible for funding should be made public.

“Most of the recommendations require legislative change. ... But they can implement the measures they’ve already passed,” Mr. Cox said. “That’s the key thing we’d like to see. It’s urgent that they move quickly.”

In a statement, Simon Ross, the press secretary for Heritage Minister Pablo Rodriguez, thanked the panel for their work. “From the beginning, we have said that we will protect the independence of journalists by letting the industry determine the criteria and definitions,” he wrote. "That’s why we created this panel. We will take all appropriate measures to continue respecting that independence.” 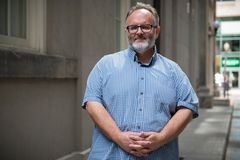 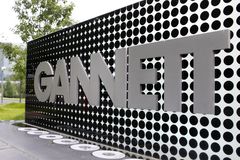