A government-appointed panel is recommending a massive overhaul of Canada’s broadcasting and telecommunications laws, including eliminating advertising on all CBC/Radio-Canada platforms over the next five years and requiring internet-streaming companies such as Netflix to invest in Canadian programming and charge sales tax.

The six-member panel, which was appointed in June, 2018, is also recommending that social-media platforms such as Facebook be required to pay levies that would fund the production of news content.

It will be up to the federal government to decide whether to act on the 97 recommendations contained in the report released Wednesday. Canadian Heritage Minister Steven Guilbeault and Navdeep Bains, Minister of Innovation, Science and Industry, said in a joint statement that they will carefully consider each of the recommendations and act “as quickly as possible.”

“Reforms are needed to level the playing field on which conventional broadcasters and digital media companies compete. Our priority is to ensure that all media companies that operate in Canada develop Canadian content and contribute to the Canadian system," the statement said.

If implemented, the new legislation would bring platforms such as Facebook, which aggregate and share media content, under Canada’s Broadcasting Act, requiring them to pay levies based on the Canadian advertising revenue that they derive from news media. Those levies would go into a fund administered by the Canadian Radio-television and Telecommunications Commission that would help finance the production of news.

Janet Yale, a broadcasting and telecommunications industry veteran who chaired the panel, said the CRTC would determine what portion of the content provided on such platforms classifies as media content, as opposed to personal material such as family photographs, to set an appropriate levy.

“One of the reasons for doing that is that the journalists who generate that content currently are not compensated," Ms. Yale said in an interview.

“... We need to ensure that there is appropriate support for the content that is made available through these sharing platforms that end up being one of the primary ways in which news content is disseminated.”

Meg Sinclair, a spokesperson for Facebook, said in a statement that it is reviewing the recommendations and welcomes “dialogue with the Government of Canada on these important subjects.”

The CBC, meanwhile, said it looks forward to working with the government, but spokesperson Leon Mar said that the broadcaster had highlighted the importance of commercial revenue in its submission to the panel.

“Virtually all public broadcasters around the world have mixed commercial/public business models and their public funding is much higher than CBC/Radio-Canada’s,” Mr. Mar said in an e-mail, adding that requesting an additional $300-million in public funding to remove ads from its platforms is not a priority for the broadcaster.

“We would much rather invest any additional resources in programs and services that benefit Canadians.”

Some of the changes proposed by the panel have already been promised by Ottawa. Mr. Guilbeault has vowed to introduce legislation requiring foreign-based internet platforms such as Netflix to fund the creation of Canadian cultural content by the end of this year, while CRTC chair Ian Scott has called such rules inevitable.

Daniel Bernhard, executive director of journalism advocacy group Friends of Canadian Broadcasting, welcomed the rules, adding that for years foreign media companies have not had to pay taxes or make contributions to Canadian programming.

“It’s nuts to allow these big foreign media companies to run the table on their Canadian competitors thanks to unfair, unequal regulations," Mr. Bernhard said. “It’s got to end.”

Netflix, meanwhile, said it will continue to invest in Canadian productions and that it looks forward to working with the government as it modernizes Canada’s broadcasting and telecommunications legislation.

“We all have a role to play in supporting the future of film and television being created in Canada," Stéphane Cardin, director of public policy for Netflix Canada, said in a statement.

The Canadian Chamber of Commerce said in a statement that the panel’s recommendations are ill-conceived and “out of step with G7 approaches to broadcasting and streaming issues, not to mention deeply concerning infringements against the Canadian ideal of freedom of speech.”

The panel also recommended that the CRTC take on a broader role and rename itself the Canadian Communications Commission, to reflect the fact that telecommunications now encompass a wide range of electronic formats beyond conventional radio and television stations.

The CRTC is studying the report “with great interest,” Mr. Scott in a statement Wednesday.

“At first glance, it is clear that the panel recognizes that fundamental changes need to occur to fully enable the CRTC to act in the public interest,” Mr. Scott said.

The panel is also recommending ways to expedite the roll-out of advanced telecommunications networks such as fifth-generation wireless technology, including by granting carriers access to public infrastructure such as lampposts and utility poles and by introducing a faster method of resolving any disputes that arise between telecom companies and municipalities. 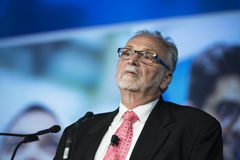 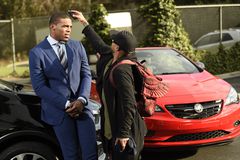 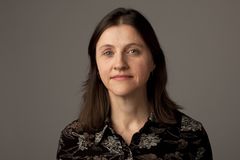