The panel reviewing the legislation that governs the broadcast and telecom industries in Canada has released a report detailing the recommendations it has received.

The seven-person panel was appointed last June to consider changes to the Broadcasting Act, Telecommunications Act and Radiocommunication Act. The review of those acts has sparked conversations about the future of the communications industries and how everything from Canadian content to broadband access should be regulated in the future. It has also kicked off a debate about the government’s ability to regulate the internet, with suggestions that digital giants such as Netflix and even Facebook Inc. and Google could be asked to face some of the requirements that Canadian companies in the communications space must follow as a condition of operation.

Wednesday’s report does not weigh in on any of the discussions, but simply summarizes what the panel heard in its consultations. It will provide a report to government with recommendations by January.

The panel comprises people with experience in the communications industries and is chaired by Janet Yale, a former Telus executive and president of the Canadian Cable Television Association, who also served as a director-general at the industry regulator, the Canadian Radio-television and Telecommunications Commission (CRTC).

Since opening the process to consultations, the panel has received more than 2,000 letters and formal submissions, and its members have travelled across Canada for meetings with individuals and organizations affected by the industries’ rules. Its report provides a list of everyone who made written submissions and who were involved in stakeholder meetings.

Ahead of the release on Wednesday morning, Corus Entertainment Inc. chief executive officer Doug Murphy said he had “low expectations” for the report. On a conference call to discuss the company’s earnings, Mr. Murphy expressed frustration with what he characterized as inaction from Ottawa, and with the fact that digital companies operate in Canada without being regulated or paying taxes.

“I think our government lacks the will to do what is right," Mr. Murphy said on the call. “...To me, it’s untenable that we’ve gotten this far. ... It’s massively frustrating. The time is now to act.”

The report catalogues what it heard under a few major themes: making it easier for Canadians (including low-income, rural and Indigenous communities) to access telecom and broadband services; supporting the creation and production of Canadian content, as well as making it easier for viewers to find; the rights of digital consumers; and how regulation should evolve.

The issues it covers are quite broad, many of them having been a point of debate within the telecom and broadcast industries for some time.

For example, the report catalogues differences of opinion over whether the telecom industry is sufficiently competitive, how the spectrum that powers wireless networks should be managed, and how broadband access for rural and remote communities should be expanded, among other issues. The panel received complaints that telecom services are too expensive.

On the Canadian content issue, as previously reported, many industry players asked that new digital services that make money in Canada (such as from streaming video subscriptions) should contribute to industry funding; some said that internet service providers should do the same since they benefit from increased consumption of digital audio and video, though ISPs largely disagreed. Many asked for a requirement for digital services to promote Canadian content to make it easier for viewers to find, though streaming services pointed out that they already give Canadian content a global platform. Some companies argued that legislative change won’t happen quickly enough and “immediate action” is needed to help the industry, such as loosening regulations. A minority, including Corus, suggested foreign ownership restrictions should be relaxed. The role of the CBC was also discussed; some asked for it to be better funded, while some private broadcasters argued it should not compete with them for advertising revenue.

Considering recent issues over misinformation and concerns over the collection of people’s personal data, some suggested that digital platforms should be regulated in Canada, imposing standards on the quality of the content and how people’s information is used. Some submissions revived a suggestion to give the CRTC the authority to compel ISPs to block pirated content – something an industry coalition asked for last year, but the CRTC ruled that it does not have the jurisdiction to do so. Others raised concerns that such a move would undermine the principle of net neutrality.

Opinions varied on whether to merge the acts into a single piece of legislation. Many talked about the need for more flexible regulations, while others argued the system is outdated and needs an overhaul.

The report itself did not specify which submissions made which arguments. However in addition to its release on Wednesday, the panel is also making all written submissions public for the first time, publishing them online. 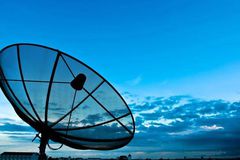 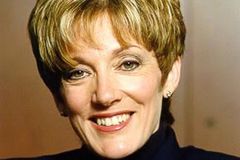