David MilsteadInstitutional Investment Reporter
Published May 12, 2019 Updated May 13, 2019
For Subscribers

As SNC-Lavalin Group Inc. weighs splitting off assets to boost its share price, it faces the possibility that parts of its engineering and construction business have little or no value – largely because they have been burning cash, according to an analysis by a Bay Street company.

A multiyear analysis by Veritas Investment Research Corp., which specializes in deep dives on companies’ financial reporting, suggests that while SNC told investors its engineering and construction (E&C) business generated approximately $2-billion in earnings from 2013 to 2018, the operations actually sucked $1.2-billion in cash out of the company – a gap of $3.2-billion.

In the first quarter of 2019, SNC reported another $79-million in profit from its E&C business, but Veritas estimates it consumed $250-million in cash.

Veritas concludes that the cash losses generated from SNC’s E&C business are subtracting somewhere between $2 and $4 a share from SNC’s stock. It also pegs the intrinsic value of SNC stock between about $29 and $31, depending on the scope of the losses, but investors have sent the shares even lower, closing on Friday at $27.17. (The free fall forced Veritas to switch its rating on the stock to “buy” from “sell” in April.)

The company says it believes SNC’s British WS Atkins business, which was purchased for $3.6-billion in 2017, is worth more now than it was two years ago. Cash-flow analysis by Veritas includes Atkins, but the deductions it makes in its valuation of SNC-Lavalin focus on the E&C business without including Atkins.

SNC’s leadership is trying to reverse share-price declines that have occurred over a horrible few months for the company. SNC faces long-standing charges of bribery and fraud over its actions in Libya before 2011 and has failed to secure a settlement of the case, a matter that has created political turmoil for the federal government. The company says it’s losing out on contracts as a result, but it has also been plagued by operational problems and it posted an overall net loss in its most recent quarter.

Reported profits typically differ from cash flow, sometimes meaningfully. As companies account for their operations, they record revenue and expenses at different times from when the related cash arrives, or departs, from the company’s bank accounts.

However, the scope of the difference between what a company says its profit is, and its cash flows, is a ripe area of analysis. And Veritas says SNC’s past profit has been illusory.

Veritas said SNC is following International Financial Reporting Standards (IFRS) when it reports its bottom-line net income. However, Veritas said the company’s profit measure for its E&C business – “adjusted EBITDA,” or earnings before interest, taxes, depreciation and amortization, with further adjustments – fails to reflect the true economics of that unit.

In SNC’s quarterly discussion of results last week, the company said its management believes measures such as adjusted EBITDA that don’t conform to IFRS “provide additional insight into the company’s financial results,” yet “have limitations, and should not be considered in isolation or as a substitute for measures of performance prepared in accordance with IFRS.”

Part of the difference in the numbers is that Veritas focuses on its view of free cash flow versus that adjusted EBITDA. In arriving at its cash-flow number, the firm subtracts $671-million of SNC’s capital expenditures on its E&C business.

Veritas also says SNC’s $437-million in restructuring charges from 2013 to 2018 need to be considered in evaluating the business, because the costs occur so frequently they shouldn’t be considered unusual or special, and should not be added back to earnings, as SNC does when creating its adjusted number.

Veritas says three major SNC competitors – Fluor Corp., Jacobs Engineering Group Inc. and AECOM – consistently report positive free cash flow. Veritas said the “free cash flow yield,” a metric that takes free cash flow per share and expresses it as a percentage of the share price, much like a dividend yield, has been between 2 per cent and 6 per cent for those competitors in most years from 2014 to 2018. SNC’s has ranged from 0 to negative 6 per cent, Veritas estimates.

In addition to the contrasts between adjusted EBITDA and free cash flow, however, Veritas said there are also choices SNC has made under IFRS that have improved its results companywide.

Veritas said SNC’s adoption of a new accounting standard may have created a little-understood boost to 2018 numbers. When SNC adopted a new rule that tightened the criteria for how companies book revenue, it seems to have gone back and scrubbed sales from past periods, then recognized all the revenue in 2018. Based on a table in SNC’s annual report, Veritas estimates the company added $204-million to revenue and $189-million in profit in 2018 through the accounting change.

Veritas also points to a choice SNC is making in its statement of cash flows. Like many construction companies, SNC recognizes revenue on multiyear projects as they progress, even if the customer has yet to be billed for the work. Over the past five years, SNC has booked $300-million in sales in its concession business, where it builds, then operates infrastructure assets for its customers. Veritas notes most companies make an offsetting entry, reducing their cash flow from operations, to reflect the uncollected revenue. SNC, however, places the offset in cash flow from investing activities, which has the effect of boosting operating cash flow. 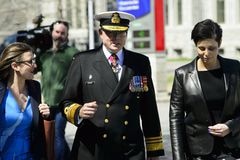 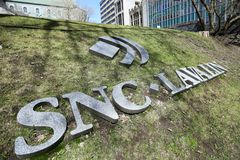 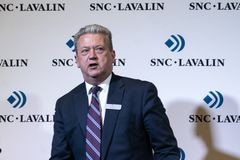