The move by Rogers Communications Inc. and Altice USA to launch a hostile takeover bid for Cogeco Communications Inc. and parent Cogeco Inc. without the support of the Quebec companies' controlling shareholder looks like a long-shot gamble to many experts. But they say similar past deals for family-controlled companies show there can be a path to victory for the would-be buyers.

The Audet family, who control both companies through their ownership of multiple-voting shares, quickly rejected the $10.3-billion offer, which would see Rogers take over Cogeco’s Canadian cable business and Altice acquire its U.S. operations. Executive chairman Louis Audet was adamant on Monday: The family’s shares are not for sale and that’s not a negotiating ploy.

The Audets' control over the dual-class share structure does give them final say, but merger and acquisition lawyers and principals who have sold family-controlled companies in the past say this is just the beginning. The buyers are now likely to deploy a range of strategies that could include discreet overtures to family members and appealing to Mr. Audet’s ego through the promise of future influence in the company or through tributes to his family’s legacy.

Going public with the offer was a “shot over the bow,” one expert says – it let the world know a deal is available, spiked Cogeco’s share price and gave minority shareholders something to think about.

“Often the only way to ensure that you have the support of other shareholders, or to raise the temperature on shareholders who may be blocking a transaction, is to raise the public profile,” says Walied Soliman, the Canadian chair of law firm Norton Rose Fulbright, who recently advised NordStar Capital LP on its winning bid for media company Torstar Corp.

“Even holders of dual-class shares have to be concerned about their reputations and bare-knuckle economics,” he says, pointing to the optics of shutting other shareholders out of a return on investment that might not come around again soon. “I think the approach [for a buyer] is to be patient, advance a thesis, get other shareholders on board and eventually it becomes very uncomfortable and difficult for a blocking shareholder not to proceed.”

Meanwhile, “soft issues” can be just as crucial as cash, Mr. Soliman says, noting that adherence to Torstar’s traditional progressive editorial values was of central importance to the five controlling families who sold to NordStar.

“It’s never only about money,” says Stephen Greenberg, a Montreal media executive whose family sold broadcaster Astral to Bell Canada in a $3.4-billion deal approved by regulators in 2013. “The Audets are looking at legacy. They’re looking at longevity. They’re looking at this as something that was started by their father and has grown exponentially over the years. Everything is wrapped up in these decisions: It’s personal, it’s business, it’s inter-family discussions. … It’s never one-dimensional.”

Astral was started by four brothers, but two were deceased at the time of Bell’s bid and had their interests protected by their immediate family members. Not everyone was in agreement from the get-go about whether to sell. Ian Greenberg, Astral’s then chief executive, felt the company “still had runway,” his nephew Stephen says. The others believed the window of opportunity for an exit was right.

The family rallied to a common purpose in the end: Striking the best deal possible with Bell.

“I think we’ve all learned to live with each other through this. There’s probably some lingering issues,” Mr. Greenberg says, without elaborating. “Three of the four family branches maintain a very close personal relationship.”

Ultimately, he says, “If the Audets don’t feel it’s time, then it’s not time.”

A different dynamic played out in the late 1990s in the fight for control of Quebec-based CFCF Inc., which owned a cable provider, television stations and a production company.

CFCF, controlled by the Pouliot family, struck a deal to swap assets with cable operator Vidéotron. Cogeco then made a hostile bid for CFCF and challenged the asset swap in court. The Pouliot family eventually sold the entire business to Vidéotron.

“I didn’t want to sell,” says Adrien Pouliot, who was CEO of CFCF at the time. “But eventually, my dad was the founder and the chairman and he had the right to decide and he decided to sell. I’m not complaining. From a financial standpoint, nobody is going to cry for us." [The family banked $100-million in the transaction.] "But to me, it was a bit of a disappointment.”

Mr. Pouliot says he and his siblings wanted to keep going, but their father had had enough, highlighting the fact that even the best laid out succession plans can turn on a dime.

In the case of Cogeco, the company has already turned to a professional manager. Louis Audet stepped aside as CEO in 2018, making way for Phillipe Jetté, the first non-family member to hold the post. At the time, Mr. Audet said there were no family members prepared to take on the role but there could be in the future. He has one child, Emilie, who was last involved in Cogeco in 2011, according to her LinkedIn profile. Mr. Audet has four siblings and their family holding company, Gestion Audem, controls Cogeco.

“I don’t think this is over,” Mr. Pouliot says. “It may be over in the short term. But eventually, it’s very clear in my mind that the [Audet] family is going to sell, whether it’s in one year or five.”

The board must consider a formal bid “in good faith,” Ms. Puri says, which usually entails striking a special committee of independent directors to consider the offer. Ultimately though, the board may find its options are constrained. “The Audet family has the legal right to vote their shares according to their own interests, and as controlling shareholder, they have an effective veto over any proposed acquisition.”

Before Mr. Audet’s statement, Cogeco said the independent directors of both Cogeco and Cogeco Communications rejected the Rogers-Altice bid after board meetings and discussions with the family.

The courts and the “business judgment rule” have long protected the right of controlling shareholders to call the shots on a change of control. In a landmark 1998 ruling that helped establish the principle of deference to reasonable decisions by controlling shareholders, the Ontario Court of Appeal upheld a decision by the Schneider family to veto the sale of their meat-production company to Maple Leaf Foods in favour of a lower bid from a U.S. suitor (Maple Leaf eventually acquired Schneider Corp. from the U.S. buyer a few years later).

Pivoting toward a friendly deal that satisfies the Audet family is the only obvious way for Altice and Rogers to win Cogeco, says François Dauphin, CEO of the Montreal Institute for Governance of Private and Public Organizations. Winning the support of minority shareholders could also put pressure on the Audet family but they would still need to agree to sell, he said.

Institute staff recently dug through archival material and found a statement by the late Ted Rogers affirming that Rogers Communications would never make an offer for a company that was not for sale, Mr. Dauphin says. “That was 20 years ago. And he’s not there any more to explain to us what’s behind this whole tactic." 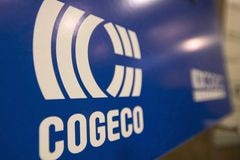