A patent dispute has pitted Steelhead LNG against a group of natural gas producers, as the Vancouver-based company raises allegations of deception and betrayal in Canada’s energy industry.

Steelhead, which has designed electric-powered technology for the production of liquefied natural gas, or LNG, has named three defendants in its statement of claim filed in Federal Court.

One of the defendants, Calgary-based Seven Generations Energy Ltd., is accused of misappropriating confidential information from Steelhead, which devised plans to reduce carbon emissions during the liquefaction process of supercooling natural gas into liquid form.

The other two defendants, Birchcliff Energy Ltd. and Rockies LNG, also participated in patent infringement and double-crossing Steelhead, according to the lawsuit.

Seven Generations and Birchcliff helped form Rockies LNG, a rival LNG company supported by natural gas producers, the lawsuit said. Steelhead said its plans for floating barges for electric-powered liquefaction, moored near shore, have been copied by the defendants.

The lawsuit, filed by Steelhead and a wholly owned subsidiary, is seeking more than $250-million in damages and a court order to restrain Rockies LNG’s activities.

“The defendants, without the permission or consent of the plaintiffs, have been making, constructing, using, selling and/or offering for sale the infringing competing LNG project,” Steelhead claims.

Steelhead, founded in 2013, alleges Seven Generations chief executive Marty Proctor played a key role by misusing his position even as Steelhead applied for a patent in 2018. The Canadian Intellectual Property Office, or CIPO, issued Patent 3027085, known as “085 patent” for short, in November, 2020.

“Mr. Proctor was privy to Steelhead confidential information, including the invention underlying the 085 patent,” according to the 83-page statement of claim filed last month.

None of the allegations have been proven in court. No statement of defence has been filed yet.

“With this being an active case before the courts, we’re unable to comment at this time,” Seven Generations said in an e-mail on Friday to The Globe and Mail.

Birchcliff CEO Jeff Tonken, who also serves as Rockies LNG chairman, told The Globe that “our statement of defence will speak for itself.”

Mr. Tonken declined further comment, but in a letter to the CIPO in October, he objected to Steelhead’s application for the 085 patent. “There is absolutely no possible utilization of the elements in the 085 application which would constitute a unique, novel or otherwise patentable application,” Mr. Tonken wrote. “Granting a patent would inhibit LNG developers from adopting environmentally prudent design elements required by governments, regulators and First Nations.”

The majority owner of Steelhead is Azimuth Capital Management, a private-equity firm based in Calgary. In a regulatory filing in 2018, Seven Generations said it invested $25.8-million and made other commitments for a 24.4-per-cent stake in Steelhead, but wrote down $14.4-million of its investment.

Steelhead said it thought the two men representing Seven Generations were allies of Steelhead, so they were kept in the loop in the second half of 2017 and into 2018. Mr. Proctor and Mr. Dey “came into possession of Steelhead’s highly valuable, confidential information,” the statement of claim said.

Rockies LNG originally operated out of the Calgary head office of Seven Generations and now is based out of Birchcliff’s Calgary headquarters.

Between April, 2019, and October, 2020, “the defendants were fully aware of the 085 patent and tried to improperly thwart its issuance,” the statement of claim alleged.

“The defendants knew or ought to have known that their activities would infringe the 085 patent, but pursued those activities with flagrant disregard for the plaintiffs’ rights.”

Steelhead filed a separate lawsuit against Seven Generations in B.C. Supreme Court in July, 2019, according to filings submitted in Federal Court. Numerous documents in the case in B.C. Supreme Court have been sealed, owing to the commercially sensitive nature of Steelhead’s “innovative and unique design and configuration for an LNG liquefaction and export facility.”

At an energy conference in Houston in September, 2019, Rockies LNG said it represents producers in Alberta and B.C., with “decades of future growth to serve international markets via LNG.”

Since then, Black Swan and Murphy have dropped out of Rockies LNG.

Steelhead said it has proprietary, state-of-the-art plans to reduce emissions of greenhouse gases during the liquefaction process, notably by focusing on electric-powered technology to decrease the emissions intensity of carbon dioxide.

The CIPO issued a patent in November to Steelhead for its electric-based system, which is cleaner than using natural gas for liquefaction. The design means that special compressors powered by electric motors would supercool natural gas into liquid form, relying on hydroelectricity from BC Hydro instead of using turbines driven by natural gas.

Steelhead said it signed a non-disclosure agreement with Rockies LNG in September, 2018.

But in his recent letter to the CIPO, Mr. Tonken said Steelhead is being “opportunistic” and has lost sight of the greater good for Canada’s energy industry. “We are concerned that the issuance of this patent would have negative consequences for Canada,” he wrote. 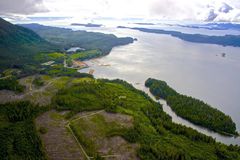 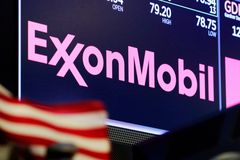 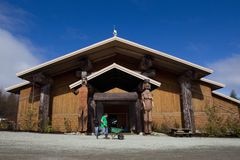