B.C. billionaire Jim Pattison is calling on the province to provide more help to mill towns hurt by the downturn in the forestry industry.

The chief executive officer of Jim Pattison Group, who owns 51 per cent of lumber producer Canfor Corp., said the softwood business in the B.C. Interior has been especially hard hit. “The B.C. government needs to do more than is being done to help this industry going through the period it’s in right now,” Mr. Pattison said in an interview.

An array of B.C. producers have shut down sawmills or scaled back production this year amid low lumber prices, reduced log supplies and high stumpage rates – fees levied by the province against companies that chop down trees on Crown land. Canadian producers also have been paying U.S. duties on lumber shipments south of the border since April, 2017.

Mr. Pattison praised Alberta’s system for setting stumpage rates. “It’s much better to be in Alberta than British Columbia,” he said.

But B.C. Forests Minister Doug Donaldson said the government’s hands are tied when it comes to overhauling the stumpage system because changes might be perceived as political intervention in the long-running Canada-U.S. softwood dispute.

On Wednesday, a convoy of more than 230 drivers in their logging trucks weaved through downtown Vancouver to draw attention to the economic decline of B.C.'s forestry industry. The first truck displayed a sign on its front grill – “BC forest industry in crisis” – as the convoy’s horns blared near the waterfront.

“The sawmills are there because of the trees. You would be surprised at how important those sawmills are to those towns and the province. That’s what those trucks are telling everybody,” said Mr. Pattison, who turns 91 on Tuesday. “Those small towns depend on the forest industry.”

Mr. Pattison witnessed the steady stream of trucks rolling down the street from his vantage point at Pattison Group’s 18th-floor head office. “The B.C. forestry industry needs help. I’m with the truckers," he said.

Mr. Pattison announced his bid in August to acquire the rest of Canfor’s stock and take the Vancouver-based company private with a $981.7-million cash offer.

In July, Canfor closed its sawmill in Vavenby in the B.C. Interior, leaving the company with 11 mills in British Columbia and one plant in Grande Prairie, Alta.

Daryl Swetlishoff, an analyst with Raymond James Ltd., estimates that permanent curtailments announced so far across B.C. have slashed the province’s lumber production by 20 per cent, and temporary shutdowns have added to the pain.

As an investor, Mr. Pattison is undaunted by the forestry industry’s slump over the past 15 months. He takes a long-term view on lumber prices, which have fallen 40 per cent since June, 2018. “It’s cyclical, it’s a commodity. All commodities tend to be up and down,” he said. “Trees are going to be here for quite a while, hopefully.”

Organizers of the trucking convoy said stumpage rates in the B.C. Interior are more than six times higher than in Alberta.

Mr. Pattison said he recognizes that there would be criticisms from the U.S. lumber lobby if there were decreases in B.C. stumpage fees, so any changes would need to be carefully considered. "It’s not simple. But if you’re working in one of those small towns, your job and your family and the schools are all important.”

But Mr. Donaldson said, “anything that can be construed as political intervention in the stumpage system at this sensitive time would make matters worse.” In the Canada-U.S. softwood dispute, the U.S. Commerce Department says most provinces provide subsidies by charging unfairly low stumpage fees to Canadian producers harvesting trees on Crown land. Under the American system, most producers pay for U.S. timber rights on private land.

In mid-September, the provincial NDP government announced a $69-million, two-year program designed to help nearly 3,000 displaced forestry workers in the B.C. Interior cope with job cuts and shift reductions. The Opposition BC Liberals say the NDP budgeted for the forestry initiative in part by reallocating $25-million from existing funding for assisting rural communities.

“The comment of Mr. Pattison around the importance of forestry to rural communities is something that’s well known by me and well known by our government. And we’ll continue to adjust and assess the short-term program that we announced," Mr. Donaldson said.

He added that the NDP government is already using “legitimate tools” to aid the lumber sector, including assisting with marketing efforts for incorporating mass timber into new construction of multistorey buildings.

Supplies of B.C. timber have dwindled over the years, worsened by an infestation of mountain pine beetles in the Interior that began in the late 1990s and peaked in 2005. B.C. lumber producers also face uncertainty over exports to China and worries about the pace of home building in the United States, analysts say.

Mr. Pattison’s Great Pacific Capital Corp. disclosed last month that it’s offering $16 a share for Canfor’s stock that it doesn’t already own. Canfor surpassed $34 a share in early June, 2018, when lumber prices reached near-record highs. The stock traded at $8.80 before Great Pacific disclosed the bid to double down on Canfor.

The Vancouver billionaire noted that a special committee of Canfor independent directors formed in August to help evaluate the fairness of his bid, and the offer will require the approval of a majority of the shares that Great Pacific does not already own. “We’ve bid for the balance. We’ve bid to take it 100-per-cent private," he said. “We’ll wait and see what happens.”

Mr. Pattison started with one car dealership in 1961 and now oversees a worldwide privately held conglomerate that does business in more than 90 countries, surpassing $10.6-billion in revenue last year. He served on Canfor’s board from 2003 until 2017, when he stepped down as a director. 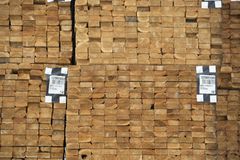 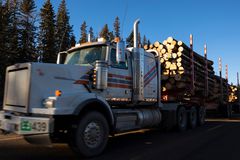 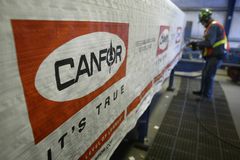