Payroll taxes are on the rise, in the middle of a pandemic, even as the federal government hands out more than a billion dollars every week in wage subsidies to keep struggling businesses afloat.

On Jan. 1, both the contribution rates for the Canada Pension Plan and the maximum annual amount payable will increase by their fastest clip in nearly two decades, heightening concerns from businesses about added cost burdens while the pandemic wreaks havoc on revenues and profit margins.

On Friday, the Parliamentary Budget Officer sounded a warning about the sustainability of the national pension plan – although that problem will not come to a head until the next century, if at all.

The more immediate issue for Canadian businesses, however, is the increase in payroll taxes coming in two months. In January, CPP contribution rates increase as does the income cap for calculating contributions.

The legislated annual increases, announced by the Canada Revenue Agency on Tuesday, mean that the maximum amount that an employer or employee could pay will soar by 9.3 per cent in 2021. That represents the largest percentage increase since 2003, the tail end of the period when CPP contributions were being rapidly increased to close a severe funding deficit that threatened the long-term viability of the plan.

The current increases in contribution rates aren’t being driven by a shortfall, but rather by a plan the Liberals introduced in their first term to gradually increase CPP payments in coming decades so that the public pension plan gives a more solid foundation for Canadians' retirement. Because of those increases, CPP contribution rates started increasing in 2019, for the first time since 2003, and will continue to rise until 2023, as the accompanying chart shows. (After that point, there will be a new tier of payments introduced for higher-income workers that will increase maximum contributions for them and their employers.)

The timing could hardly be worse, as businesses struggle through an unprecedented economic downturn, said Dan Kelly, president and chief executive officer of the Canadian Federation of Independent Business. “If there were ever a time to push pause on a planned tax hike, this seems like the one you would want to do.”

Mr. Kelly said payroll taxes such as the CPP are particularly damaging. He said his members have ranked a freeze in the coming payroll tax hike as their second-most important issue, outranked only by the desire for governments to minimize the impact of the coronavirus while maintaining their efforts for economic recovery.

The federal government has shown some sympathy on the tax front, with Prime Minister Justin Trudeau promising that he will not raise taxes, and Deputy Prime Minister and Finance Minister Chrystia Freeland announcing a two-year freeze in Employment Insurance premiums in August.

But that sympathy has not extended to a freeze on the scheduled CPP increases. Ms. Freeland’s office had no comment on the question of delaying the increase in CPP contributions.

Any freeze would be complicated by the need to negotiate program changes in the CPP with the provinces, said Bob Baldwin, a pension consultant and chair of the pension policy committee of the C.D. Howe Institute. Funding changes require the approval of at least two-thirds of provinces representing at least two-thirds of Canada’s population, he said.

In any case, Mr. Baldwin said, changes in contributions, even if temporary, should only be made with “strong evidence” that employment would otherwise suffer significantly.

The CFIB’s Mr. Kelly has little doubt on that front, pointing to heavy job losses earlier this year and the continued threat posed by the coronavirus and the resulting dampening effect on consumer spending. “Small businesses are already in heavy layoff mode,” he said.

Separately, the PBO on Friday issued an update to its fiscal sustainability report, in which it flagged concerns over the long-term sustainability of the CPP, an unusual step for the parliamentary watchdog. In the report, the PBO said it had reduced its estimate for long-term interest rates, sparking a reduction in the expected growth of assets in the plan. Eventually, that would mean that obligations would outstrip assets. To forestall that, the plan would need to either reduce benefits or increase contributions by $1.3-billion measured in current dollars, an amount that would increase in line with GDP growth.

However, Parliamentary Budget Officer Yves Giroux said in an interview that any shortfall would happen decades from now, beyond the 75-year time frame of the fiscal sustainability review. And he noted that the gap could be eliminated if the investments underpinning the CPP could deliver returns in excess of expected long-term interest rates. But the forecast does show that lower interest rates mean the CPP has less of a cushion if those higher returns do not materialize, Mr. Giroux acknowledged.

Michel Leduc, senior managing director for the Canada Pension Plan Investment Board, said actuarial estimates show that the pension plan is on a strong footing. He added that the board was created in the late 1990s as part of a broader plan to bolster the CPP’s sustainability through investing assets in public markets and generating returns greater than those offered by government bonds.

“There’s nothing more serious to us than sustainability,” he said.

CPPIB emerges with a jewel from the Neiman Marcus bankruptcy
Subscriber content
October 18, 2020 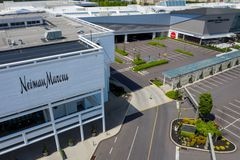 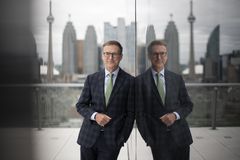 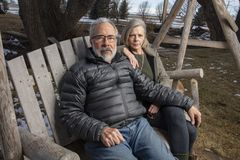