The organizers: Walter and Maria Schroeder

The reason: To fund research into allergies

When Walter Schroeder sold DBRS in 2014, he pursued a host of new passions including producing a musical, creating a public policy think tank and supporting several initiatives in health care and education.

One of his interests is allergies and how they develop in children. Mr. Schroeder, 79, has watched his grandchildren cope with allergies and he felt the condition rarely got much attention. “Very few people give money to allergies, because it’s not a favourite area in medicine,” he said.

To help address the issue, Mr. Schroeder and his wife Maria have donated $10-million to his alma matar, McMaster University, to establish the Schroeder Allergy and Immunology Research Institute. The centre will support allergy research and further the work of a groundbreaking study launched in 2008 that has tracked around 3,000 children from birth. The project, known as the Canadian Healthy Infant Longitudinal Development study or CHILD, is examining various childhood conditions including the origins of allergy and asthma. Years of CHILD research “would be lost if money wasn’t there to keep it going,” Mr. Schroeder said.

Mr. Schroeder, who grew up in Winnipeg and founded DBRS in 1976, has also been involved in several projects in his hometown aimed largely at Indigenous students. His foundation contributes close to $3-million annually to support dozens of scholarships at several Winnipeg high schools as well as meal programs and hamper packages that provide food for nearly 200 students and their families.

He’s also been involved in launching a creative arts program at Winnipeg’s Sisler High School and his foundation contributed $170,000 to fund 15 scholarships for graduating students to attend the Vancouver Film School. The program, set up in 2019, specializes in animation and it has attracted attention from big name Hollywood producers. The 2021 scholarships were awarded this week and in a statement Mr. Schroeder said; “We are thrilled to invest in these talented students and help them achieve their full potential.” 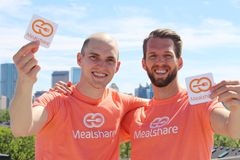 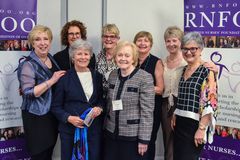 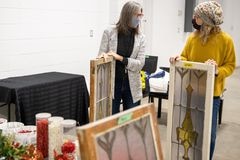