The organizers: Scott Lindsay and family

The cause: B.C. Cancer Foundation

When 14-year-old Myles Lindsay was diagnosed with Stage 4 gastric cancer, the news shook his extended family and they all wanted to do something to help.

The cancer, known as diffuse infiltrating gastric carcinoma, is difficult to treat and spreads quickly, said Myles’s father, Scott Lindsay. The diagnosis “was very difficult for the family to absorb,” Mr. Lindsay added from the family’s home in Vancouver. Myles’s tumour started in his lower stomach and has spread to his abdomen. He’s undergoing chemotherapy every two weeks.

“He’s been struggling,” Mr. Lindsay said. “We think he’s responding well [to the treatment] and we’re super positive. Unfortunately, gastric cancer is one that doesn’t really go away. When it’s at this stage what you are doing is trying to control it and manage it and limit its movement.”

The cancer is the second medical challenge Myles has faced. Shortly after he was born, he contracted hemophagocytic lymphohistiocytosis, a rare blood disorder that usually occurs in infants. He had a bone marrow transplant at three months as well as chemotherapy. “It’s a bit of a blow to us to have him sick again,” Mr. Lindsay said.

The Lindsay family — which stretches across Canada and to Britain — has rallied to support Myles and a few weeks ago they participated in the B.C. Cancer Foundation’s Workout to Conquer Cancer, a month-long fitness challenge and fundraising event.

Throughout May, 60 family members and friends did some kind of daily activity — from cycling to hiking, running or walking. Team “Miles for Myles” hoped to raise around $22,000, but they ended up collecting $82,501. That topped all teams in the event, which raised a total of $1.1-million. The Lindsay fundraising was led by Myles’s older brothers Cole and Matthew, and his twin brother Nathan.

Some of the money will go toward developing targeted treatments for cancer and Myles is part of a research project looking into new drugs.

“It’s just been fantastic,” Mr. Lindsay said of the fundraising drive. “It’s great to see, as a family, everyone pull together to support the important research that’s being done.” 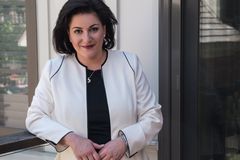 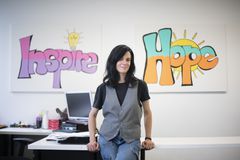 Pitching in: Toronto philanthropist helps children, seniors in the city through university outreach
Subscriber content
May 21, 2021 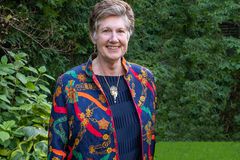