The pitch: Creating a cookbook to help raise funds for mental-health services for those working in the food industry

Like many people in the hospitality sector, Dara Sutin lost her most of her income when the pandemic hit last March.

“I work as a freelance food stylist, so I was out of work,” said Ms. Sutin, who lives in Toronto and is a Cordon Bleu-trained chef. “I saw how the food community was going to suffer quite a bit, so I wanted to do something.”

She teamed up with Not 9 To 5, a non-profit organization that offers support to food service workers who are struggling with substance abuse and mental-health issues. Ms. Sutin reached out to dozens of industry contacts and pulled together an online cookbook called Cooking From Home. Everyone involved in the project – from photographers to illustrators, designers and stylists – volunteered their services and even the food for the photographed dishes was donated.

“I was really amazed at how people were just willing to give up their time,” Ms. Sutin said.

The book sells for a suggested donation of $25 and features recipes from a diverse range of 34 chefs and food writers, many of whom have been out of work during the pandemic. Each recipe is confined to a single page and the contributors write about the origins of the recipe, their experiences cooking from home, and how they have been coping during the pandemic. The recipes cover everything from salads and cakes to rosemary socca, Stracciatella soup and toad in the hole. Ms. Sutin described the dishes as comfort food, noting that they reflect what the chefs and writers often make for themselves at home.

Cooking From Home went on sale in November, and so far the project has raised $10,000 for Not 9 To 5. Ms. Sutin said she’s hoping to publish a hard copy this year.

“The response has been amazing,” she said. “I’m really happy to see that it’s out in the world and that people are sharing it.” 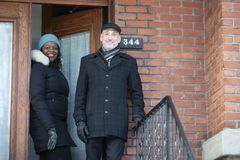 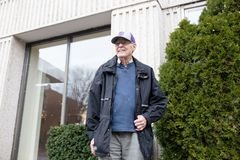 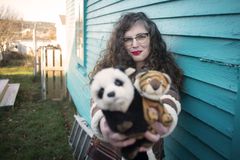