When Andrew Faas was diagnosed with leukemia he was told he’d likely have six years to live.

That was more than 14 years ago and Mr. Faas, a former executive at Shoppers Drug Mart, has gone on to become a bestselling author and a major donor to a variety of charities that support cancer research and workplace well-being.

HIs latest gift is a $1-million donation to Wellspring Cancer Support Foundation in Toronto to expand its Money Matters program. The program assists cancer patients in navigating income support programs, drug coverage options and other community resources to help them when they are too sick to work. It also offers free access to case managers, career coaching services and legal clinics for wills and power of attorneys. The donation will allow the charity to broaden its reach to other provinces.

“I’ve been a supporter for over 12 years,” Mr. Faas, 73, said from his summer home in New Brunswick. “It has been a wonderful program to relieve people of financial stress when they are going through one of the most stressful situations they’ve ever faced.”

Mr. Faas made the donation through his charitable foundation, which focuses on health, education and medical research. He’s also written a book about bullying in the workplace and he’s involved with research projects at the Yale Center for Emotional Intelligence and Mental Health America that are designed to create psychologically safe workplaces.

“It’s wonderful being associated with that kind of variety of professionals and such a diverse group of people,” he said. “I basically write the cheques and the volunteers and professionals, they do the heavy lifting.” 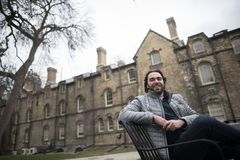 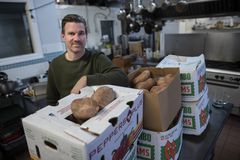 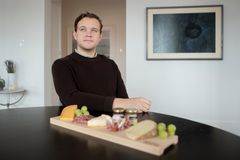