The pitch: Raising money for Toronto’s Hospital for Sick Children and research into multiple sclerosis

Julian Uccello was once one of Canada’s top young soccer players and he had stints with Manchester United, AC Milan and Canada’s national team.

His career came to an abrupt end when he was 25 and he was diagnosed with multiple sclerosis. “Being at the highest level in Europe to not being able to walk without a cane is very, very difficult,” Mr. Uccello, 34, recalled from his home in Toronto.

He’s now become a lead ambassador in Canada for Mission Stadiums for Multiple Sclerosis, MS4MS, a U.S.-based non-profit organization that raises money for research into the neurological condition at the Johns Hopkins Medicine Research Center in Maryland. “We’re trying to raise awareness to try and get the word out there that MS is very, very difficult to live with but it is something that we are trying to work towards a cure,” he said.

Mr. Uccello is also involved in fundraising at Stateview Homes, where he’s vice-president of operations. The Toronto-based home builder has been raising money for the hospital for the past nine years and the company hopes to top the $1-million mark in total donations next year. Stateview donates $5,000 for every home sold, on behalf of the purchasers.

The company also recently became involved with MS4MS and Mr. Uccello said that he and his colleagues are hoping to raise $100,000 annually for MS research.

Mr. Uccello still faces challenges living with the disease, but he’s grateful for the chance to raise awareness about MS and support others who need help. “It puts a smile on my face and it also puts a smile on anyone’s face that you’re helping,” he said. 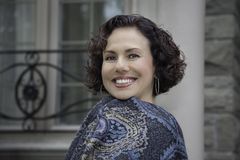 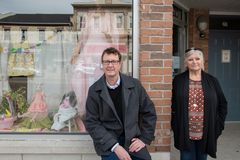 Pitching in: Couple creates support service for those struggling with mental health
March 19, 2021 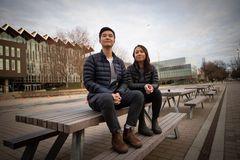