Paul WaldieEurope Correspondent
Published May 21, 2021 Updated May 21, 2021
For Subscribers
Text Size
Please log in to listen to this story. Also available in French and Mandarin. Log In Create Free Account

The pitch: Donating $5-million to fund research on aging

The cause: McMaster Institute for Research on Aging (MIRA) and Dixon Hall

Suzanne Labarge credits long dinners with her mother, Margaret, for fostering a life-long passion for issues related to aging.

“It goes back a very long way only because my mother had been involved in [aging issues],” Ms. Labarge recalled from her home in Toronto. “We used to have dinners together and we’d talk about what she was doing and aging was one of [her interests]. So when I was looking for a way of donating I thought, well I’ll start doing this.”

She eventually met Parminder Raina, a professor at McMaster University who specializes in the epidemiology of aging. “He had a vision as to what kind of research you could do in aging and I knew very few people were doing it,” said Ms. Labarge, who is a former chief risk officer at the Royal Bank of Canada and McMaster’s former chancellor. “It’s a part of the population that tends to get ignored.”

Ms. Labarge funded a variety of programs at the McMaster Institute for Research on Aging (MIRA), including establishing the Raymond and Margaret Labarge Chair in Research and Knowledge Application for Optimal Aging, named after her parents. Ms. Labarge also became involved with Dixon Hall, a Toronto-based organization that provides a range of programs for families, seniors and children living in the city centre.

About a year ago, Ms. Labarge approached MIRA and Dixon Hall about working together on a project that would combine the university’s research capabilities with the organization’s community outreach. That led to the creation of the MIRA Dixon Hall Centre, which she has supported with a $5-million donation. The centre has already begun work collecting information about the COVID-19 experiences of Dixon Hall clients and it has developed resources for volunteers and staff who help seniors at home.

“This is something new. Universities don’t do a lot of this,” she said. “I’m delighted it has come together. I trust the people running it and I’m hoping that the results pay off for both.”

Pitching in: Walking to raise awareness, funds for mental-health resources in rural Ontario
May 14, 2021 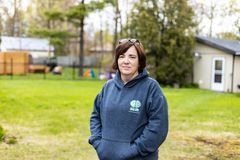 Pitching in: Investment adviser raises $1-million to help low-income families in the Halton region
May 7, 2021 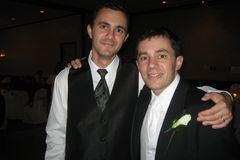 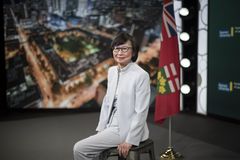