Kasondra Cohen-Herrendorf grew up in a family steeped in entrepreneurship and philanthropy.

Her mother, Jacqui Cohen, headed the Vancouver-based Army & Navy department store chain, which Ms. Cohen’s grandfather founded, and also started a foundation called Face the World. Her father, Hershel Herrendorf, was a financial trader in Chicago who ran a family foundation that now has ties to Oprah Winfrey’s charity.

Ms. Cohen-Herrendorf, 34, followed their example into philanthropy and launched the Face of Today Foundation in 2009, which raised money for a host of charities. When her father died in 2014, Ms. Cohen-Herrendorf felt a deep loss and decided to change course. “It gave me a reality check of what is really important,” she recalled recently from the family’s summer home in Osoyoos, B.C.

Instead of holding galas and fundraising events for other organizations, Ms. Cohen-Herrendorf refocused Face of Today toward providing services. The charity acquired space in a Vancouver office building and began running numerous programs for children in need. The services include a food program, tutoring sessions, awareness workshops, first aid courses and after-school activities that have helped more than 1,000 children in the past year. She’s also organizing a charity club involving 100 mothers who will each contribute $20 a month to fund non-profit organizations that help single mothers.

Ms. Cohen-Herrendorf has taken over the helm of the Chicago-based Herrendorf Family Foundation as well and she helped launch an initiative called We Got You, which provides grants to help mothers in need with education, transportation and nutrition. She has also partnered with Ms. Winfrey’s foundation in a scholarship program. “It’s not every day that you get a chance to build a connection like that with somebody I can truly say is an idol for me,:” she said of Ms. Winfrey.

While she misses her father every day, Ms. Cohen-Herrendorf said his death has increased her commitment to philanthropy. “I feel the silver lining to losing my dad is that I get to be the philanthropist that I always dreamed of,” she said.

Pitching in: Diverting used sports equipment from the landfill
September 10, 2021 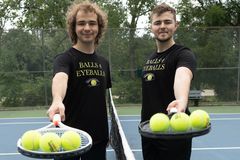 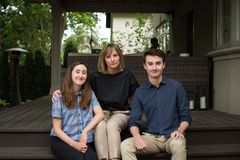 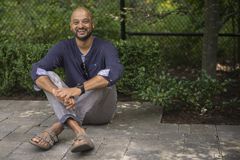