Plastics manufacturers are taking the federal government to court after Ottawa designated their products as toxic, arguing the move is not rooted in science and constitutes significant political overreach.

The Responsible Plastic Use Coalition, which is comprised of 27 plastics recyclers, manufacturers and distributors across the country, is seeking to quash the Liberal government’s decision to add “plastic manufactured items” to the list of toxic substances under the Canadian Environmental Protection Act, according to a notice of application filed with the Federal Court of Canada on May 18. Major petrochemical players Dow Chemical Canada ULC, Imperial Oil Ltd. and Nova Chemicals Corp. are also named as applicants requesting a judicial review of the toxic designation.

“Plastic manufactured items” were added to the list of toxic substances under Schedule 1 of CEPA on May 12, providing the Liberals with the regulatory authority to limit certain products without tabling new legislation. The government has said it intends to ban six single-use items as part of its broader effort to reach zero plastic waste by 2030. Plastic straws, cutlery, grocery bags, stir sticks, six-pack rings and certain types of takeout containers could be restricted in Canada by the end of this year.

Ottawa to ban some single-use plastics, such as straws and grocery bags, next year

This week’s legal action is the latest salvo in the bid by plastics companies to convince Ottawa that designating plastics as toxic is an unduly aggressive move that will harm the $35-billion industry’s reputation and investment prospects.

“The definition of ‘plastic manufactured items’ is an impossibly broad term that captures thousands of products essential to modern living, from medical equipment to food packaging to personal protective equipment,” the 40-page court document states. The applicants argue that the designation is unconstitutional because it treads into the realm of waste management, which falls under provincial jurisdiction. The filing also states that the federal government failed to provide sufficient scientific evidence to warrant deeming “plastic manufactured items” as toxic.

The federal government has not yet filed its response with the court. In an e-mail to The Globe and Mail on Wednesday, federal Environment Minister Jonathan Wilkinson defended Ottawa’s move to designate plastics as toxic, saying “our approach is based on evidence, facts and rigorous science.” The Minister said that only 9 per cent of plastic in Canada is recycled after it is used. “We have a serious problem that requires serious leadership,” he said.

Virtually all plastics produced globally are made from fossil fuels. Most plastics in Canada come from ethane, a component of natural gas. Alberta, which accounts for nearly 70 per cent of Canadian natural-gas production, is home to the largest hydrocarbon processing region in the country. Alberta Premier Jason Kenney on Wednesday said Ottawa’s decision to designate plastics as toxic was “ridiculous” and a “huge federal overreach, which could jeopardize tens of thousands of jobs in a critical industry, right across the country.”

The province, which is deep in an economic hole because of sustained low oil prices and the pandemic, sees the expansion of plastics recycling and manufacturing as a boon for diversification. Mr. Kenney said his government has been in close contact with several of the companies that filed the suit and is leaving its options open about joining them in court. “We stand with the industry as they try to get the federal government to take a more rational approach,” he said.

Toxic substances are defined under CEPA as those that cause, or may cause, immediate or long-term harm to the environment, biological diversity or human health. The Liberals added microbeads – the tiny plastic particles found in some facial and body exfoliants – to the list in 2016.

Last year, Ottawa published its state-of-the-science assessment on plastic pollution, which said macroplastics with particles greater than five millimetres cause harm to the environment; the effects of microplastics were less clear and sometimes contradictory. Since then, dozens of plastics companies filed objections to the federal government’s plan to list plastics as toxic. They also requested a rare Board of Review under CEPA to inquire into the nature and extent of the dangers posed by “plastic manufactured items.” Mr. Wilkinson declined that request.

The chief executive officer of Nova Scotia’s Emmerson Packaging – one of Canada’s largest food-packaging companies and a member of the Responsible Plastic Use Coalition – said his company is “extremely concerned” about Ottawa’s decision. “Designating these products as toxic is not based on science and will have significant impacts on businesses large and small across the country, including Atlantic Canada,” Stephen Emmerson said in a statement released Wednesday by the coalition. “Implying that plastic is not safe for food or our water supply is not only dangerous but completely misleading.”

David Boyd, an environmental lawyer who serves as the United Nations Special Rapporteur on human rights and environment, said the legal challenge is likely to be dismissed. In recent decades, he said, courts have consistently upheld the federal government’s jurisdiction to take action on pressing environmental challenges.

“This is a desperate ploy to try and delay the inevitable, which is strong regulation of plastic waste and pollution in Canada,” said Prof. Boyd, who teaches at the University of British Columbia.

University of Ottawa law and economics professor Stewart Elgie said it is very difficult to compel a court to second-guess the federal government’s scientific conclusion on a matter, particularly since CEPA includes the precautionary principle as a guiding concept. The act states that “where there are threats of serious or irreversible damage, lack of full scientific certainty shall not be used as a reason for postponing cost-effective measures to prevent environmental degradation.”

Environmental groups have championed the designation as a crucial step to protect humans and the environment from the effects of plastic pollution. In statements released Wednesday, Environmental Defence and Oceana Canada urged the federal government to defend its decision.

Opinion
Put a price on Canada’s plastic waste, not its advanced chemistry
March 15, 2021 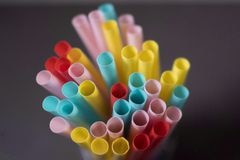 These Canadian companies have joined the fight to curb plastic consumption
March 18, 2021 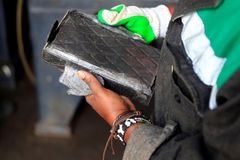