Markus Frind became one of British Columbia’s richest individuals by helping people fall in love. Now the billionaire entrepreneur hopes to create another fortune by becoming the toast of the province’s wine industry.

Mr. Frind, who sold his online dating site PlentyOfFish.com for US$575-million in 2015, is planning a grand entrance for his Frind Estate Winery in the Okanagan region. With famed winemaker Eric von Krosigk – co-founder of Summerhill Estate Winery and winner of 300 wine medals – overseeing the operation, the business is set to bottle its first product in May. It will start selling in June at its production facility, located on the 13-acre West Kelowna lakeside estate once owned by former premiers W.A.C. Bennett and son Bill Bennett that Mr. Frind purchased for $7.2-million in 2017.

But Mr. Frind maintains his business “will be a serious winery, one of the biggest in B.C.,” he said in an interview. “There’s a large opportunity to build a very big business here, certainly a very profitable business. The trick is getting to scale and getting the brand built.”

Central to Mr. Frind’s plan is turning 300 acres of hilly grazing land in Kelowna into terrain suitable for vineyards. With no water on site and no opportunity under provincial law to subdivide for development, the land sat on the market for years before he bought it for $3.7-million in September, 2017. Others “didn’t have the vision Markus had,” said Royal Lepage realtor Rob Marak, who represented the seller.

That vision was to move a lot of dirt. Mr. Frind bought lots of heavy equipment and hired a crew of more than 30 people. Their task: to move four million cubic metres of earth, shaving down hills and filling up gullies, gradually flattening the terrain. “I’ve never seen anything like it,” Mr. von Krosigk said.

But the $6-million landscaping cost is worth it, Mr. Frind said. After paying about $13,000 an acre, the 260 irrigated acres that will grow grapes could be worth $200,000 each based on the going rate for vineyards. Together with other land he’s purchased, he’ll have 800-plus acres of vineyards (more than 500 is now plantable). That is two-thirds the size of Mission Hill and equal to 8 per cent of B.C.’s total vineyard acreage.

Winemaking is one of several ventures the 40-year-old Mr. Frind has funded since selling PlentyOfFish.com. He co-owns a steel mill and recently bought control of Vancouver online furniture and freight logistics firm Cymax Stores Inc. He’s invested in real estate and even found an old gold mine on land he bought in Vernon.

“Everywhere you look there’s just more opportunity spawning all over the place,” he said.

The wine trade, which Mr. von Krosigk said “is not for the faint of wallet or the faint of heart,” isn’t just a dalliance for Mr. Frind, but a return to somewhat familiar territory. He grew up on a farm in northern B.C. after his family emigrated from Germany. The family struggled and Mr. Frind said “I’m well aware of the pitfalls.” Still he yearned to return to the business.

Frind Estate will start by making typical varieties for the region – Chardonnay, Pinot Noir and Reisling – and a sparkling wine, a specialty of Mr. von Krosigk’s. It also plans to use Regent, a relatively unknown grape in Canada. It grows well in northern climates, producing a rich, deep taste that is light on acidity, tasting like a pinot noir but with the body of a Merlot.

Aside from producing quality wine, Mr. von Krosigk said building a successful winery requires, “money, management and marketing. [Mr. Frind] has all of that.”

Mr. Frind brings a technologist’s perspective: He’s invested in optical sorting equipment to keep out the leaves and dirt that can find their way into wines and invested heavily in lab equipment to “track and measure absolutely everything about the grapes every step of the way,” Mr. Frind said.

Mr. von Krosigk called his boss a pragmatic, sharp and “incredibly bright analyst and efficiency expert” who is adept at marketing and sales. “Markus’s focus is to be the best. There’s no second place in his vision.”

With his location on the same heavily travelled wine route as Mission Hill and Quail’s Gate wineries, Mr. Frind thinks he can sell out his entire production for two years from his tasting room alone. He also intends to sell directly to consumers online to avoid paying steep fees to the B.C. liquor board to stock his wines in stores. He thinks proposed changes in the federal budget will enable him to triple his market by selling online out of province.

“The name of the game is volume and higher price point,” he said. 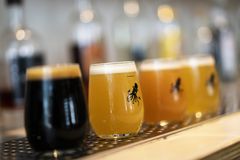 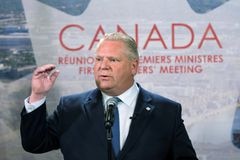 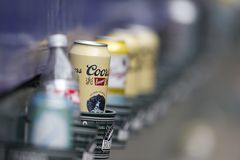