It has been one of the enduring images of the COVID-19 pandemic: empty toilet paper shelves in stores around the world as fearful citizens stockpile staples for long home stays.

But the head of Canada’s largest producer of toilet tissue says that despite a jump in demand, there’s no shortage of product in Canada.

“We’ve got all the raw material, we’ve got all the assets running, we have all the production, our sites are at full capacity to recover from this spike," said Dino Bianco, chief executive officer of Mississauga-based Kruger Products LP, maker of Cashmere and Purex brand toilet paper, which has a 33-per-cent market share. (Kruger also makes Scotties facial tissues, the market leader in its category, and Sponge Towels paper towels.) “You’re going to see it catch up in days and weeks."

He added: "We’re essentially selling it at exactly the same price to all our customers. Ethically, we do not want to take advantage of a situation that is of great consumer and community need.”

J.D. Irving Ltd. of Saint John, the No. 2 player in Canada and maker of the Majesta and Royale brands, said its tissue operations are running at full capacity. It did not provide any information on production, as it is a private company.

The run on supplies started two weeks ago after authorities including Ontario Health Minister Christine Elliott warned citizens to prepare for possible extended quarantines. It has created some short-term uncertainty for Kruger and its publicly traded part-owner, KP Tissue Inc., with customers increasing order sizes 20 per cent to 50 per cent.

“It’s a short-term blip" as retailers build up inventory and consumers stockpile, Mr. Bianco said. “With toilet paper, it’s just a matter of loading your closet and pantry, and then you’re likely not going to buy for weeks. Once the consumer stops buying, that will create a lull in our business that we’ll have to prepare for. ... Anybody in tissue will probably have a stronger first half of the year and a weaker back half of the year.”

As problems go, that pales in comparison to industries that are weathering severe shocks because of the widespread economic chaos caused by the spread of the novel coronavirus, which causes COVID-19. In fact, the price of KP stock rose by about 15 per cent over the past month before easing back this week. But as stock markets crash, KP stock is still ahead of where it started the year, and unless supply is disrupted for its main raw material, North American and South American pulp, it should weather the uncertainty better than most.

Meeting the sudden increase in demand has required squeezing extra production out of a network of eight North American plants that already run around the clock. To do so, the company has cranked up older, inactive production lines that were less efficient and focused on producing more of its higher-volume products such as 12-roll packs of two-ply tissue. The company is also running down its finished goods inventory, which it usually maintains at 20 to 45 days of supply, to what Mr. Bianco called “dangerously low levels. … It hasn’t bottomed out yet. ... We’ll replenish the inventory after demand slows.” He’s even taken to delivering toilet paper to friends and family in need. “I have a trunk full in my car,” he said.

He said the company is managing to increase deliveries by between 15 per cent and 25 per cent depending on the account, and that customers – some of whom are asking for deliveries straight to stores instead of distribution centres - who can’t get everything they want have been understanding “because they recognize we’re working through an unusual situation.”

Michael Medline, CEO of Sobeys parent Empire Co. Ltd., said despite a spike in purchases of food, health and hygiene products, and cleaning supplies, “we have not seen disruptions to the supply chain” despite shortages of some items. He said suppliers aren’t increasing prices, “and we would never allow them to do that,” nor will Sobey’s do so. “This is a serious situation.”

While Mr. Bianco thinks the run on toilet paper will be short-lived, he said an increase in orders for paper towels and facial tissues in recent weeks could continue “due to the hygienic role those products play.” Meanwhile, he expects the company’s “away from home” business, which accounted for 18 per cent of its $348.1-million fourth-quarter revenue, will suffer in the next few months because of a drop in demand from restaurants, stadiums, hotels and other hospitality providers. “We haven’t seen that downside yet, but it’s coming,” he said.

For now, KP is not providing updated guidance for the first quarter other than to say adjusted operating earnings should be higher than the $23.6-million in last year’s first quarter, but less than the $46-million in the fourth quarter of 2019. “There’s still three weeks left," Mr. Bianco said. "A lot could happen.”

With a report from Susan Krashinsky Robertson and Greg Mercer

G7 finance meeting to be held by video conference amid coronavirus restrictions
March 12, 2020 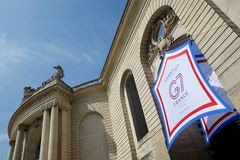 Bank of Canada says it will provide more liquidity for markets
March 12, 2020 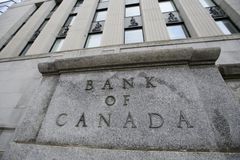 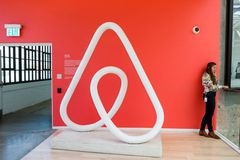 Coronavirus information
The Zero Canada Project provides resources to help you manage your health, your finances and your family life as Canada reopens.
Visit the hub
Follow Sean Silcoff on Twitter @SeanSilcoff
Report an error Editorial code of conduct
Due to technical reasons, we have temporarily removed commenting from our articles. We hope to have this fixed soon. Thank you for your patience. If you are looking to give feedback on our new site, please send it along to feedback@globeandmail.com. If you want to write a letter to the editor, please forward to letters@globeandmail.com.
Comments