Plug Power Inc. (PLUG-Q) has raised its financial guidance and reiterated its enthusiasm for hydrogen fuel cells, days after a short-seller mocked the company for making “fool” cells.

Shares in Latham, N.Y.-based Plug Power jumped on Tuesday, along with stocks of other companies in the hydrogen sector, including Ballard Power Systems Inc., (BLDP-T) the fuel cell maker based in Burnaby, B.C.

The rally in share prices came after Plug Power chief executive officer Andy Marsh forecast gross billings for the company at US$475-million for this year, up from the previous guidance of US$450-million and sharply higher compared with 2020. He added that Plug Power envisages its revenue in 2024 could be US$1.7-billion, or 40 per cent higher than its previous target.

Recent gains in the hydrogen industry reflect advances in technology, as concerted efforts are made to push the fuel closer to much wider use, and the Biden administration embraces green technology.

“With our combination of our SK venture, green hydrogen and market acceleration, we are upping our targets,” he said during a conference call on Tuesday with industry analysts. “We also have the financial wherewithal to achieve these goals and have the necessary foundations to be an industrial leader.”

Plug Power’s optimism contrasts sharply with the views of Kerrisdale Capital Management LLC, which is a short-seller (an investor betting against companies and their stock price). New York-based Kerrisdale believes Plug Power is in bubble territory, issuing a report on Jan. 20 titled “Pulling the PLUG on this Fool Cell Maker” and arguing that “the hydrogen economy is a fantasy.”

Kerrisdale said the prospects for hydrogen’s long-term growth are vastly overrated. “Plug Power’s incredible share-price performance recently is entirely predicated on a future in which hydrogen energy is ubiquitous, replacing fossil fuels across the range of humanity’s energy needs,” its report said. “This hypothetical future is a fantasy.”

On Tuesday, however, investors bought into Plug Power’s vision for a world that will become increasingly hooked on hydrogen.

Shares in Plug Power on the Nasdaq Stock Market jumped 11.4 per cent to US$73.18. After the market close, the company announced plans to raise US$1.5-billion through the sale of common shares.

Ballard shares rose 5.1 per cent to $47.37 on the Toronto Stock Exchange, reaching their highest closing price since April, 2002. Shares in Danbury, Conn.-based FuelCell Energy Inc., which specializes in on-site power generation, surged 19.9 per cent to US$21.64 on Nasdaq.

Despite expanding into the hydrogen sector only last year, Bloom Energy Corp. shares gained 7.7 per cent to US$41.46 on the New York Stock Exchange.

“In the United States, the Biden administration – and many bills circulating Congress – support green hydrogen and fuel cells. Addressing climate change is becoming a bipartisan issue,” he said. “Members of Congress and the administration understand hydrogen is a necessary part to meet climate goals.”

Plug Power agreed to a deal in September to use hydroelectricity produced by Brookfield Renewable Partners LP under a plan to produce green hydrogen in the U.S. by 2024. Plug Power also signed a separate deal with Apex Clean Energy Inc. of Charlottesville, Va., to access wind power for green hydrogen projects.

“Our relationship with Brookfield and Apex provide us access to low-cost renewables, which is critical to low-cost green hydrogen,” Mr. Marsh said. 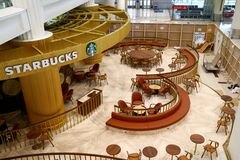 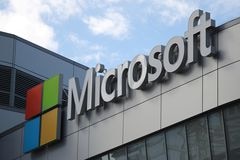 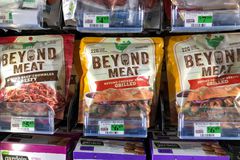