Police are investigating three suspicious blazes at cellphone towers in Quebec after dozens of acts of vandalism across Europe believed to be spurred by anti-5G conspiracy theories.

Navdeep Bains, the Minister of Innovation, Science and Industry, said he is “deeply troubled” by the incidents, given how essential mobile networks have become in allowing Canadians to work, learn and stay connected with others during the COVID-19 pandemic. “Now more than ever we understand connectivity is a necessity to our day to day lives,” Mr. Bains said in a statement.

Two fires broke out at cell towers in separate towns – Piedmont and Prévost – northwest of Montreal early Monday morning after a similar incident in Laval early Friday. All three are under investigation by Quebec police, who say it is too soon to determine whether these are acts of vandalism by anti-5G protesters. More than 20 people had to be evacuated from their homes in Laval on Friday because of fears that the tower could collapse.

BCE Inc.'s Bell Canada owns the Piedmont tower and has some equipment located on the Prévost tower, which is owned by Rogers Communications Inc. Neither site was being used to provide 5G service, the companies said. Bell is using temporary cell sites to restore service to the affected areas as it works to repair the damage, spokesperson Marc Choma said in an e-mail.

Rogers, which also owns the Laval tower, said it is working to restore service for the “very small number of customers” affected.

“We are deeply disappointed that some of Canada’s critical infrastructure may have been deliberately targeted,” Rogers spokesperson Meghan Marchand said in a statement. “This is especially troubling at a time when Canadians and emergency services are relying on our networks to keep them connected during this public health crisis.”

The RCMP said it is aware that police in Quebec are investigating vandalism to cell towers and that it’s prepared to assist if needed. “The RCMP continues to work with police, government and industry partners to protect Canada’s critical infrastructure,” spokesperson Catherine Fortin said in an e-mail.

There have been numerous incidents of arson and vandalism targeting cellphone masts and other telecom infrastructure in Europe in recent weeks, which some politicians have attributed to baseless conspiracy theories linking the spread of the coronavirus to fifth-generation wireless technology.

The theories – which have been amplified by celebrities such as actor Woody Harrelson, singer Keri Hilson and British rapper MIA – falsely claim that the radio waves used for 5G either spread the virus or weaken the immune system, thus making people more susceptible to COVID-19. Scientists and public-health authorities have said there is no evidence to support these assertions, nor to suggest that 5G is harmful to human health.

GSM Association, an organization that represents mobile carriers worldwide, has identified 61 arson attacks in Britain, 16 in the Netherlands, three in Ireland and isolated attacks in Belgium, Italy, Cyprus and Sweden stemming from disinformation around 5G technology, according to a situation report obtained by The Globe and Mail.

The report highlights incidents where critical infrastructure has been put at risk, including an attack on a base station that was having its capacity upgraded to serve a hospital, and outlines numerous cases of harassment against telecom workers, including death threats against a spokesperson for the Dutch telecoms co-ordinator.

The Canadian Wireless Telecommunications Association said conspiracy theories linking 5G wireless technology to the coronavirus pandemic have been widely debunked and have no scientific basis.

“These incidents are under investigation," the CWTA said in an e-mail. “If it is determined that vandalism was involved, such acts are both senseless and dangerous, and only serve to deprive Canadians of critical communications services during already difficult times." 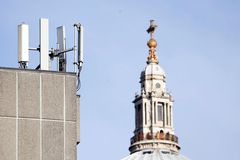 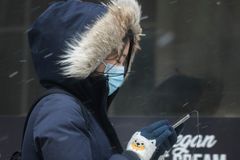