Investment giant Power Corp. of Canada paid co-CEOs Paul Desmarais Jr. and André Desmarais more than $8-million each in 2019, a raise over the prior year.

The figures include money the brothers earned as executive co-chairmen at subsidiary Power Financial Corp., which was bought by Power Corp. earlier this year in a corporate restructuring.

The two each received salaries of $1.35-million, split evenly between Power and Power Financial. Compensation also included $4.8-million each in share and option awards, and each received a $1-million bonus.

Unlike many companies, Power Corp. does not use specific financial goals or metrics to calculate bonuses. Instead, the human-resources committee of the board of directors “applied its informed judgment as to the overall performance of the former co-CEOs in order to complete its assessment.”

The committee specifically cited the completion of a $1.35-billion share buyback in April, 2019, as a reason for the bonus.

The figures are included in Power Corp.'s proxy circular to shareholders, filed Friday with regulators.

After 23 years running the company built by their father, Paul Desmarais Sr., Paul Jr. and André officially stepped down as co-CEOs in February but remain as chairman and deputy chairman, respectively, on the Power Corp. board.

The two men are allowed to keep their stock options for the next seven years, according to the circular. Each brother held options worth $26-million as of Dec. 31, when Power Corp. shares traded at $33.45. The stock has since lost roughly a third of its value, closing Monday at $21.39.

The brothers are each eligible for annual pensions of $1.84-million, which the company estimates were worth $32-million for Paul Desmarais Jr. and $33.9-million for André Desmarais at the end of 2019.

(Any additional payments the brothers may have received when they stepped down in February would be disclosed in next year’s proxy circular.)

Jeffrey Orr, president and CEO of Power Financial, took over the reins as president and CEO of Power Corp., becoming the first non-family member to lead the company. In 2019, Mr. Orr was paid $12.5-million at Power Financial, a slight decrease from the $12.6-million he was paid in 2018. Mr. Orr’s compensation included a $4.7-million salary and $5.3-million in share awards.

The executive shuffle commenced on Feb. 13, the same day the company completed a reorganization to eliminate a tier of its holding-company structure and remove Power Financial Corp. from the Toronto Stock Exchange.

The restructuring was aimed at saving money, focusing the business and getting a more favourable reaction from investors who have been discounting the companies’ shares in recent years with complaints of a company structure that was too complex.

During the company announcement in December, Mr. Orr said the restructuring will cut $50-million from holding company costs within two years and cut an additional $15-million in annual financing expenses.

Amid a long bear market for preferred shares come glimpses of why you might want them in your portfolio
Subscriber content
April 17, 2020 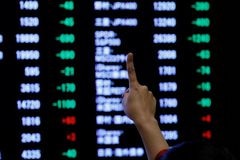 The highest yielding stocks on the TSX, plus risk data
Subscriber content
April 13, 2020 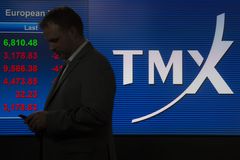