David MilsteadInstitutional Investment Reporter
Published May 14, 2019 Updated May 15, 2019
For Subscribers

The Desmarais family’s Power Corp. of Canada is facing increasing shareholder dissatisfaction with its governance, with a large minority of public shareholders voting against reappointing co-CEOs Paul Desmarais Jr. and André Desmarais to the board.

At the company’s annual meeting Tuesday, the two brothers had 13.4 per cent and 12.8 per cent of votes, respectively, withheld from them in the election of company directors. Those results were broadly in line with last year. The 2019 totals mean that, excluding the votes of the Desmarais family trust that has 59 per cent of the votes, more than 30 per cent of non-trust shareholders opposed giving them board seats.

Corporate elections are normally uncontroversial. Shareholders do not vote “yes” or “no” on directors, and the elections are usually uncontested, with the only choice to vote for a full slate of the company’s nominees, or “withhold” a vote in protest.

Power Corp., however, has faced a host of concerns from the proxy advisory services that publish reports guiding institutional shareholders in casting their proxy ballots. And while Power Corp.’s shares are up 20 per cent so far in 2019, they lag most large Canadian financial-services peers over longer periods. Among 11 companies Power uses as part of a comparison group to set executive pay, Power comes in next to last in three-year shareholder return, and easily dead last in the five-year period, according to S&P Global Market Intelligence.

Institutional Shareholder Services, one of those advisory services, recommended stockholders withhold votes from the Desmarais brothers this year because they sit on the board’s Governance and Nominating committee, which, among other duties, recommends candidates to join the board.

“As required by minimum best-practice standards within the market, no members of key committees should be executive directors,” ISS said. The research company also said that the brothers receive directors’ fees in addition to their executive pay, which “is considered extraordinary and outside of typical market practice in Canada.”

Power Corp. also saw support continue to rise for two shareholder proposals the company opposes, one for better disclosure of vote totals and another, a call for a “say-on-pay” compensation measure. They garnered 25.1 per cent and 23.3 per cent of votes cast, respectively.

In a press conference held after the company’s annual meeting in Toronto, the brothers said many shareholders invest in Power precisely because of the family control, and they seem happy with the company since Power expected more shares to be tendered in a recent buyback than there were.

Power Corp. is federally incorporated, so it would be subject to changes in the Canadian Business Corporations Act that would make a non-binding “say-on-pay” vote mandatory. Paul Desmarais Jr. said the company will follow the law, but continues to oppose the concept of the vote "from a philosophical point of view. Boards are appointed to make those decisions, and compensation committees are well-placed to make the decisions that are complex when it comes to remuneration of their officers. And it’s better to have a group that’s well informed and has all the data to make a better decision.

“Why have a board?” André Desmarais interjected, adding that his significant ownership of Power and Power’s ownership of Power Financial means “I think I’m terribly independent, because I am a large shareholder, and therefore I have a lot more to say.”

Power Corp hikes dividend by 6 per cent, though quarterly profit falls
May 14, 2019 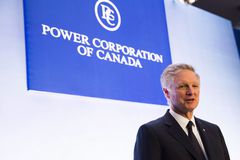 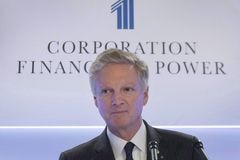