Private equity deal making in Canada took a nosedive in the opening months of the pandemic as would-be sellers waited for better valuations, while investors, unable to perform due diligence or secure bank financing, pulled back to focus on their existing portfolio companies.

Seventy-two private equity deals closed between April and the end of June, according to preliminary data published by the Canadian Venture Capital and Private Equity Association (CVCA) on Friday. That’s down from 178 deals in the same period last year, and 151 deals in the first three months of 2020.

There were a smattering of emergency deals, where hard-hit companies sought private equity (PE) backing to stay afloat, said Peter Dowse, chair of the CVCA and a partner with the Toronto private equity firm Ironbridge Equity Partners. But most of the deals that closed in the second quarter were far along in negotiations before COVID-19 crashed into the market in March.

Most privately owned companies that were gearing up to sell before the pandemic have pulled their deals from the market to wait for business to pick up and valuations to bounce back.

“If they’re still performing as their owner expects – usually the owner is an entrepreneur or sole proprietor, family owner – there’s no reason for them to sell right now. In fact there’s lots of reasons not to sell,” Mr. Dowse said.

Meanwhile, PE firms have shifted focus away from new acquisitions and toward supporting existing portfolio companies. New deals have also been hindered by an inability to conduct in-person due diligence, as well as a reluctance on the part of banks to provide the debt financing needed.

Mr. Dowse expects third-quarter Canadian PE numbers to be even weaker, given the lack of deals currently under way. But he expects things to pick up closer to the end of the year.

“The companies that we would have interest in buying, and who would be interested in selling or having an investment from a private equity firm, 99 per cent of them still exist,” Mr. Dowse said. “Those deals are still there, and you would expect if they were ready to sell six months ago, they’ll be back in the market six months from now.”

All told, $3.9-billion worth of PE capital was invested in the second quarter. The total, however, is skewed by a single large deal: the $2.7-billion sale of Xplornet Communications Inc. to New York-based Stonepeak Infrastructure Partners.

So far this year – even pre-COVID-19 – larger deals have driven the Canadian PE market, according to Darrell Pinto, CVCA’s vice-president of research and industry advancement. The pace of small deals is down considerably from last year. Only 120 deals worth less than $25-million have closed to date. If this pace continues, the number of small deals will fall far short of the 2019 total of 443, Mr. Pinto said in a note.

Deal flow also dropped on the venture capital side of the market, with 82 deals closing in the second quarter compared with 151 in the same period last year. At the same time, the total amount raised came in at a respectable $1.04-billion.

There were eight Canadian VC-backed exits in the quarter, including Montreal drug developer Repare Therapeutics, which went public on Nasdaq in June with a $1.5-billion valuation. 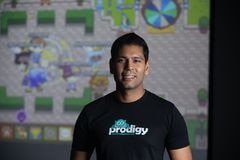