This was supposed to be easy.

Luc Desjardins, chief executive at Superior Plus Corp., announced plans last June to sell the propane distributor’s chemicals business, a profitable but low-growth remnant of a previous CEO’s strategy. Mr. Desjardins had every reason to expect a bidding war for the division, which sells products to everyone from pulp and paper producers to airports that need to de-ice planes. The expectation among analysts was rival chemical companies would face off against the seemingly limitless wallets of private equity funds.

PE funds, after all, are flush with somewhere in the neighbourhood of $2.5-trillion, and fund managers only earn fees on this capital – known as dry powder – if they put it to work. Mr. Desjardins was only looking for about $900-million of that historically unprecedented pile of cash. A chemical producer with dependable customers is the type of business that sets hearts aflutter in the PE community, especially since banks are willing to lend at low rates to the companies targeted by the PE buyers, turbocharging potential returns for funds as they leverage their investments with additional debt.

Yet no buyer stepped up. In the latest of a series of proposed corporate auctions that ended without a sale, Toronto-based Superior Plus shut down the auction on Tuesday. “The sales process attracted considerable interest for specialty chemicals,” Mr. Desjardins said in a release. “The final bids, however, did not meet our expectations.”

The consistent message from private equity fund managers, some of the savviest and wealthiest investors around, is that sellers are asking too dear a price for their businesses these days. As North American stock markets continue to hit record highs, notwithstanding Friday’s setback, the PE crowd is signalling they see valuations getting frothy. Fund managers are willing to sit on record amounts of capital, even if that hurts short-term performance, rather than commit money to businesses they judge as overpriced.

“There is concern on valuations across the private equity industry, and that means some sales processes at corporations are going to fail,” said Brian Hanson, chief executive of the Canadian branch of investment bank Lazard Ltd. However, Mr. Hanson said over all, the strength of the economy and dynamics of capital markets mean “you will still see plenty of transactions get done.”

Private equity activity in Canada peaked in early 2017, according to data from the Canadian Venture Capital & Private Equity Association, or CVCA. In the second quarter of 2017, funds invested $8.8-billion on 178 transactions. Since then, deal-making has slowed, with fewer buyouts getting done and less capital being put to work. In the third quarter of 2019, the most recent period tracked by the CVCA, funds put $1.8-billion to work in 94 deals. Both figures represented five-year lows. 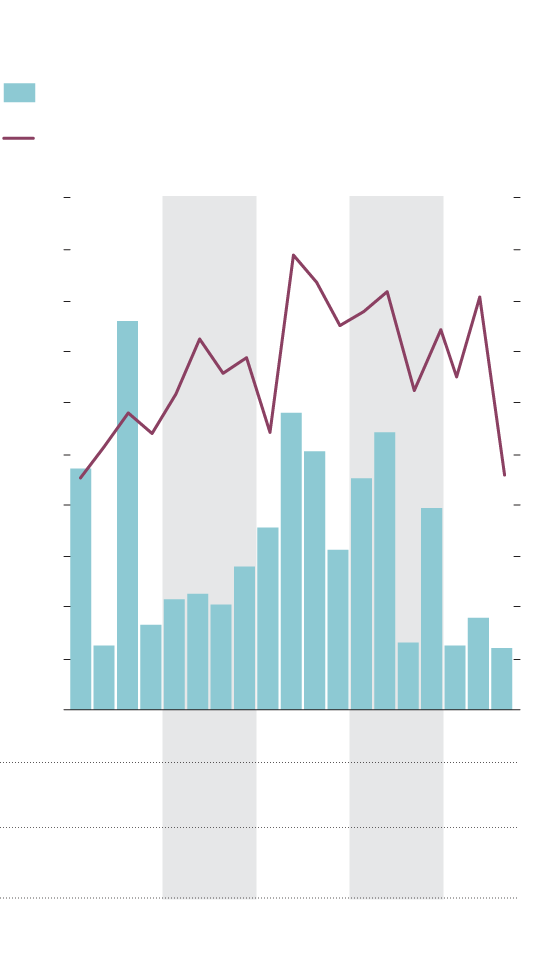 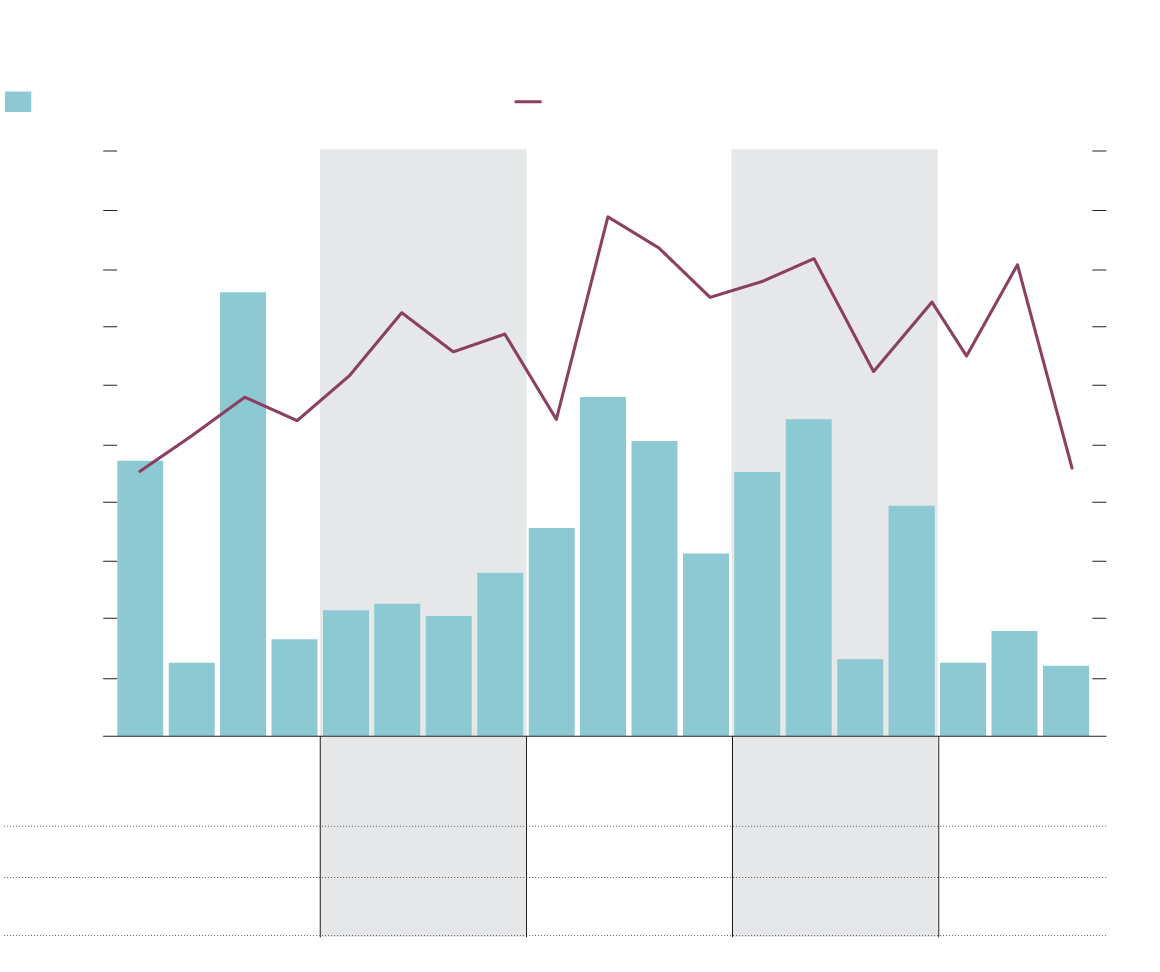 The slowdown in private equity-based takeovers means Mr. Desjardins has plenty of company in the failed corporate auction club. Renewable energy producer Northland Power Inc. put itself up for sale two years ago, in part to allow its founder to cash out, but failed at attract an acceptable offer from bidders that included PE funds. Northland’s founder, James Temerty, opted instead to exit by selling $750-million of shares on public markets. Shaw Communications Inc. tried to find a private equity buyer last year for its stake in Corus Entertainment Inc., but also ended up selling its Corus shares for $548-million to public investors.

Theatre chain Cineplex Inc. is taking an unprecedented step to entice a Canadian private equity buyer, such as a deep-pocketed pension fund, into topping a $2.2-billion friendly takeover bid from Britain’s Cineworld Group Inc. that was unveiled in December.

Toronto-based Cineplex convinced the buyer to agree to a discounted “break fee” of $27.7-million that would be paid to Cineworld if its offer is topped by a Canadian bidder. If a non-Canadian bidder makes a better offer, however, the break fee doubles to $55.4-million. Cineplex hoped that slashing the fee for Canadians would make a deal more appealing for a local bidder.

“Cineplex is a proudly Canadian company and our board wanted to use the lower break fee as a way to encourage a Canadian company to come forward,” Ellis Jacob, president and CEO of Cineplex, said in an e-mail to The Globe and Mail.

Despite the enticement, and strong performance from another European theatre chain owned by the Ontario Municipal Employees Retirement System and Alberta Investment Management Corp., Cineplex has yet to attract a better bid. The seven-week “go shop” period ends Sunday.

The private equity sector’s current cautious approach has been demonstrated by Onex Corp., a pioneering PE company that is sitting on US$6.7-billion of committed capital. Onex executives openly admit they are struggling to find a place to put that cash to work. In a recent conference call, senior managing director Robert Le Blanc said: “It continues to be a challenging investment environment. Competition is intense, interest rates are low, credit is readily available and valuations are high.”

Private equity firms such as Onex are buying fixer-uppers, as witnessed by the Toronto-based company’s $3.5-billion acquisition of WestJet Airlines Ltd. last year. The bid came after airline stumbled on its expansion into international flights, posting weaker-than-expected results that sent the stock price down by 37 per cent and opened the door to a friendly takeover.

Real estate is the one sector that seems immune to a slowdown in PE activity, with takeovers continuing to play out against a backdrop of investor demand for alternative assets and customer demand for office and residential space. Data from investment bank Crosbie & Co. shows property company transactions are continuing at a brisk clip, including September’s $6.2-billion purchase of Toronto-based Dream Real Estate Investment Trust by New York private equity giant Blackstone Group.

Experts say companies of all descriptions, including PE funds and strategic buyers, are becoming more cautious around acquisitions, mainly on concerns that an economic slowdown in inevitable. Sam Sivarajan, managing director at Crosbie & Co., said Canadian merger activity softened in the third quarter of 2019 “following an extended period” of strong deal activity.

Where does that leave Mr. Desjardins at Superior Plus? If the CEO is patient, analysts say he’ll eventually find a buyer.

“We continue to believe it makes strategic sense to divest the specialty chemical business, and think that the company could look to divest the business when the environment is more favourable,“ Nelson Ng at RBC Dominion Securities Inc. said in a report last week, and he cited some history to back his argument.

These deals are just never as easy as a CEO expects.