When business owners talk to Jeff Deacon about borrowing from his newly launched, $750-million debt fund, they all strike a pessimistic tone.

The folks who run mid-sized private and public Canadian companies – entrepreneurs who drive growth – fear the economic recovery will be longer and choppier than anyone expects. They worry about government programs winding down just as a second wave of the pandemic rolls in.

Mr. Deacon, co-founder of Toronto-based Private Debt Partners Inc., said there are widespread expectations that if the recovery stalls, “banks will retreat from lending to mid-market companies.”

The downbeat view is behind a shift in the way companies are thinking about credit. Across North America, chief financial officers want to go lower for longer, looking to lock down loans at current rock-bottom interest rates for as long as possible. At Mr. Deacon’s fund, which typically makes five- to 10-year loans, borrowers are asking to lock in for at least seven years.

“Companies want a lending relationship that can weather a downturn,” said Mr. Deacon, who previously ran loan portfolios at Fiera Capital and Bank of Nova Scotia. “The bottom of the cycle can be a very risky place for an entrepreneur.”

Statistics and surveys show that while credit markets are wide open right now – in other words, it is relatively easy to borrow – conditions are volatile, and there are sound reasons for CFOs to fret.

Credit markets all but shut down in March, when the pandemic hit North America. Then interest rate cuts by the U.S. Federal Reserve and the Bank of Canada, along with the prospect of a V-shaped recovery, kicked off a borrowing frenzy. North American companies issued a total of US$1.1-trillion in bonds through the first six months of 2020 – roughly 20 per cent more debt than they sold in the same period in any of the past five years, according to ratings agency S&P. CFOs are bolstering their capital the way pioneers stacked firewood ahead of winter.

Canadian banks retreated this spring, trimming their loans to businesses and governments by 1.3 per cent between April and June, according to a report this week from analyst Darko Mihelic at RBC Dominion Securities Inc. He attributed the decline to loan repayments and lower drawdowns on corporate lines of credit.

However, looking ahead, Mr. Mihelic expects the banks’ loan portfolios to increase by 5 per cent this year, in step with growth rates seen over the past five years, as the economy continues to bounce back. If that recovery falters, as Mr. Deacon’s clients fear, the banks could pull back on lending.

The Bank of Canada’s recent studies show executives see government programs – many of which will expire in the coming months – holding the economy together. “Reports of less favourable [credit] terms and conditions were widespread across most regions and sectors,” the central bank said in a quarterly business outlook survey published in July. “By the time of the survey, government programs, Bank of Canada facilities, and loan payment deferrals had started to ease overall financial conditions.”

Prime Minister Justin Trudeau and his colleagues will spend the rest of the summer coming up with a plan to bounce back better. Federal and provincial governments face the daunting prospect of helping businesses weather a crisis that also unravelled the social safety net. For politicians, ensuring that people stay healthy, find work and can pay their bills will vie with requests for support from CEOs. No prizes for guessing whose needs will take priority.

Borrowers at firms such as Private Debt Partners are looking for loans that will outlast the term of any current government, a sign that business leaders want to lock in capital while it’s possible to do so. Going lower for longer on debt is shaping up as a smart strategy for weathering what’s coming.

U.S. just crossed the line debt hawks have warned about for decades
August 23, 2020 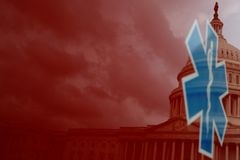