Most provinces are so far unable to provide guidance to member-based businesses, such as gyms, on whether they can record a customer’s COVID-19 vaccine status, leaving it up to those companies to make their own decisions about storing health information.

Every province in Canada has instituted, or is in the process of instituting, a vaccine-passport system that requires customers at high-contact businesses, such as fitness facilities, to be fully vaccinated against COVID-19.

But for businesses such as yoga studios where customers may return multiple times a week, it is not always clear whether they have to screen clients each time they enter the premises, or whether it is permissible to check just once and then keep the customer’s vaccine status on file.

“There is no reason, in fitness, why we would ever have to look at a vaccine passport every single time … when we know who our members are,” said Sara Hodson, president of the Fitness Industry Council of Canada.

The Globe and Mail asked each province’s health department for their policy on recording customer’s vaccine status.

British Columbia, New Brunswick and Nova Scotia said businesses are allowed to keep a record of whether they had successfully checked a patron’s vaccination status, as long as the client consents to it. Businesses are not expected to record any further health information, such as which type of vaccine was administered. A B.C. spokesperson added that businesses are required to destroy the record once the province ends the vaccine mandate.

Quebec was not able to provide a response, but the Fitness Industry Council said the province had indicated gyms could follow similar rules to those in B.C.

Alberta and Ontario did not provide guidance but said businesses should obtain legal advice if they are thinking of retaining any information about customers’ vaccine status. (Alberta’s vaccine-passport regime differs from other provinces in allowing businesses to opt out and instead follow strict limits on how they operate.)

Manitoba said businesses must not store information obtained from the Manitoba Immunization Verifier Application, which is used to scan government-issued immunization cards. A provincial spokesperson said further guidelines are still being decided.

Saskatchewan, whose system comes into effect on Oct. 1, and Prince Edward Island, whose PEI Vax Pass regime starts Oct. 5, said the details of their systems are still being worked out.

Newfoundland and Labrador announced on Tuesday that it would release details of its program next week. Digital Government Minister Sarah Stoodley said at a news conference that the province was still working on its privacy rules.

The Office of the Privacy Commissioner of Canada, which oversees federal privacy law, suggested companies should limit the amount of information they collect from customers and make sure the data are secure. As well, the federal watchdog warned vaccine passports should not be used to track an individual’s activities.

Ms. Hodson, who runs the chain of Live Well Exercise Clinic gyms, said she hoped B.C.’s policies could be a model for other provinces. B.C. also allows gym-goers to use 24-hour facilities overnight when they are unstaffed, as long as the client has first been screened by a staff member earlier in the day.

She said the ultimate goal of the vaccine-passport system is not to punish businesses but to motivate unvaccinated Canadians to get their shots.

“Really, in most provinces, the provincial health mandate is to promote more people to get vaccinated,” she said. “It’s not necessarily to create barriers for business.” 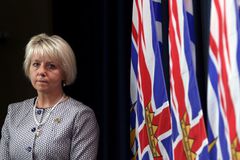 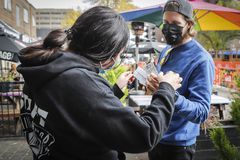