The battle between rivals Catalyst Capital Group Inc. and Hudson’s Bay Co. grew more heated on Wednesday, as the Ontario Securities Commission declined to block a hearing into complaints about the $1.1-billion privatization bid for the retailer.

An OSC hearing panel rejected arguments from the bidding group, led by HBC executive chairman Richard Baker, which asked the regulator to deny Catalyst standing to air its concerns about the group’s takeover bid. Instead, the commission ruled after a three-hour hearing that it would allow Catalyst to proceed.

OSC vice-chair Grant Vingoe did not provide a reason for the regulator’s decision. The hearing on the merits of Catalyst’s complaint is scheduled to begin on Thursday, with HBC special committee chair David Leith set to testify in the morning.

The decision was clearly a win for Catalyst, a Toronto-based private equity fund led by financier Newton Glassman, and for other dissident shareholders unhappy with the Baker offer.

However, Mr. Baker has locked up support from shareholders controlling 57 per cent of HBC’s stock and his group has said it will not consider an alternative plan.

In order for the Baker offer to succeed, the majority of the remaining shareholders must support it. Catalyst claims it has sufficient support from other dissident minority shareholders to block the bid.

At Wednesday’s hearing, Catalyst told the OSC that HBC kept investors “in the dark” for at least six months with fluctuating information on real estate values, a flood of news releases and an 11th-hour amendment to the bid regulatory filings.

Catalyst lawyer Adam Chisholm said there was “consistently, inconsistent content” with HBC’s disclosures and said minority shareholders were not being treated fairly.

Baker group lawyer Eliot Kolers, however, questioned Catalyst’s assertion that the private equity fund was trying to protect the interest of the minority shareholders and the integrity of capital markets.

He pointed out that Catalyst acquired its large position in HBC after Mr. Baker’s proposal was announced in June and that Catalyst made it known that it did not support the bid and would use its position to block Mr. Baker.

The OSC’s decision on Catalyst’s standing occurred on the same day that proxy adviser Glass Lewis questioned whether Catalyst had “obtained sufficient funding commitments” and said the private equity company had not shown that it would be able to secure support from Mr. Baker’s group of shareholders.

The value offered by Catalyst for the owner of the Hudson’s Bay and Saks Fifth Avenue chains is “illusory,” Glass Lewis said.

Its assessment runs counter to that of another proxy advisory firm, Institutional Shareholder Services (ISS), which has urged shareholders to vote against Mr. Baker’s offer, saying HBC’s sale process had “significant defects.”

Among its concerns, ISS said the committee in charge of evaluating the bid handcuffed itself by recommending an agreement with Mr. Baker’s group that defines a superior competing proposal as something that could never happen. The majority shareholders have said they intend to keep their holdings, whether or not their bid succeeds.

Institutional investors such as pension and mutual funds often take their cues from proxy advisory firms in corporate contests such as the one involving HBC.

Glass Lewis acknowledged that there were doubts the Baker bid would clear the 75-per-cent super-majority hurdle but said it saw “no viable path” for Catalyst to win support from Mr. Baker’s group, which includes Rhone Capital LLC, Hanover Investments (Luxembourg) SA and Abrams Capital Management LP.

“We believe it would be nonsensical for the board to terminate” the Baker bid and “imprudent” for HBC shareholders to reject it “simply for the opportunity to consider an alternative proposal that would ultimately stand no chance of being approved,” it said in its report.

The HBC special committee welcomed the positive recommendation for the Baker group and reiterated that the offer is fair to minority shareholders, as it provides a premium cash price amid shaky retail-industry conditions. A third proxy adviser, Egan-Jones, has also backed the Baker group’s offer. 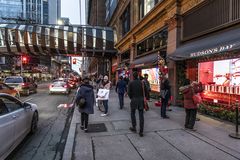 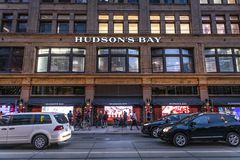 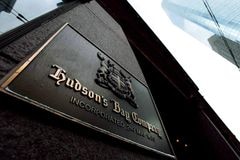