Gerald Cotten, the late founder of collapsed cryptocurrency exchange QuadrigaCX, ran the company like a Ponzi scheme, engaging in fraudulent trading that created substantial losses for its users, Ontario’s securities watchdog says in a new report.

The findings by the Ontario Securities Commission, made public on Thursday, put to rest speculation that millions of dollars were stashed away in Quadriga’s cryptocurrency wallets and could have still been recovered if only someone other than Mr. Cotten had known the passwords to access them.

Mr. Cotten, the founder and sole director of what was once Canada’s largest exchange for trading virtual currencies such as bitcoin, was 30 when he died in December, 2018, from complications related to Crohn’s disease while on his honeymoon in India. He left more than 76,000 clients – 40 per cent of them in Ontario – owed a combined $215-million. Bankruptcy trustee Ernst & Young was able to recover only $46-million, resulting in a shortfall of $169-million.

While some believed the company had cryptocurrency in wallets to which only Mr. Cotten knew the passwords, the OSC has concluded after a 10-month investigation that the majority of the shortfall – about $115-million – arose from fraudulent trading. Mr. Cotten lost another $28-million while trading client assets on other cryptocurrency exchanges, something he did without informing customers.

“Quadriga was already in crisis before Cotten’s death, and most likely would have collapsed even if Cotten had lived,” the OSC said in its report after analyzing trading and blockchain data and interviewing witnesses.

Mr. Cotten opened Quadriga accounts under aliases such as Sceptre Gerry, Aretwo Deetwo and Seethree Peaohhh, crediting them with fictitious cryptocurrency not backed by any real deposits.

“With a few keystrokes, Cotten could make any amount of fake money or crypto assets appear in his alias accounts, and he regularly did so,” the report states.

On two occasions, he credited an account he operated under the alias Chris Markay with large deposits – one for $100-million and another for $50-million – which he then used to trade with clients on the platform.

Mr. Cotten sustained losses when the price of cryptocurrencies changed, creating a shortfall that he covered with other clients’ cash deposits. “In effect, this meant that Quadriga operated like a Ponzi scheme,” the report states, adding that Mr. Cotten’s actions dug the company into an “ever-growing financial hole.”

Mr. Cotten also misappropriated client funds to finance his lavish lifestyle, according to the report. Between May, 2016, and January, 2018, Mr. Cotten transferred about $24-million in client funds to himself and his wife, Jennifer Robertson. The couple travelled frequently and acquired assets including a Tesla, a Lexus, a luxury yacht, a plane and properties. Ms. Robertson’s lawyer, Richard Niedermayer, said the widow declined to comment on the OSC’s report.

OSC investigators also obtained a photograph of more than a dozen stacks of $50 bills and $100 bills displayed on Mr. Cotten’s kitchen counter in Kelowna, B.C. Quadriga dealt heavily in cash, sometimes supplied by a bitcoin ATM company, because banks had declined to perform transactions for the company, the report states.

Miller Thomson LLP, the law firm representing the exchange’s users, late last year asked the RCMP to exhume Mr. Cotten’s body and conduct an autopsy to confirm its identity and the cause of death, given the “questionable circumstances.” Mr. Cotten’s body has not been exhumed, despite the law firm’s concerns about decomposition if the process was not completed by the spring of 2020.

The OSC said its findings are specific to Quadriga and should not be taken to mean that similar misconduct has occurred at other cryptocurrency exchanges.

However, the regulator cautioned that such exchanges involve “unique risks” investors may not be aware of, and used Quadriga as a reminder that, except in special circumstances, crypto trading platforms should register with their provincial securities commissions. Quadriga was not registered, but according to guidance released through the Canadian Securities Administrators in January, similar platforms should be.

In that guidance, the CSA – the umbrella organization for all of Canada’s securities commissions – said that any crypto asset trading platforms that don’t immediately deliver the underlying crypto asset to their customers will be considered to be dealing in securities or derivatives.

The OSC said an enforcement proceeding against Quadriga would not be in the public interest, given that the corporation’s “directing mind” has died, its operations have ceased and its assets are now subject to a court-supervised bankruptcy process. Instead, the regulator has published its findings in the hopes that doing so could prevent such a situation from recurring.

“Fines would have been borne by defrauded victims from the limited funds recovered,” Ms. Gronowska said. 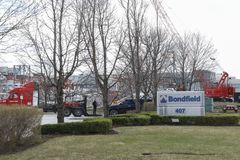 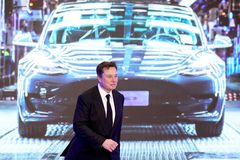 Follow Alexandra Posadzki and Greg McArthur on Twitter @alexposadzki @McarthurGreg
Report an error Editorial code of conduct
Due to technical reasons, we have temporarily removed commenting from our articles. We hope to have this fixed soon. Thank you for your patience. If you are looking to give feedback on our new site, please send it along to feedback@globeandmail.com. If you want to write a letter to the editor, please forward to letters@globeandmail.com.
Comments