Quebec has become the first province to make masks mandatory in indoor public spaces and is asking pandemic-weary businesses, over some objections, to enforce the new rules or risk fines as high as $6,000.

Face masks will be required for anyone older than 12 years old in stores, restaurants and other indoor public places starting July 18, Premier François Legault told reporters in Montreal on Monday. He said the move will help prevent a resurgence of the coronavirus’s spread in the province, Canada’s hardest hit, with more than 56,600 people infected and 5,600 deaths.

The fines will start at $400 for a business that fails to ensure the edict is followed, multiplying to $6,000 for those that repeatedly flout the rules, Mr. Legault said. Fines for individuals could begin next month but it’s up to businesses to ensure compliance for now, the Premier said. If a customer without a mask refuses to leave the premises, the staff should call the authorities, he said.

“I hope that Quebeckers will understand that wearing a mask is part of daily life now and adopt that habit without having to enforce it,” Mr. Legault said. “But it’s necessary for us to have the collaboration of merchants and business owners to at least inform their customers. … The police can’t be in all stores at once. We need them to be our eyes.”

The approach isn’t sitting well with some businesses and groups, who say retailers and other small companies should not be asked to apply the rules under the threat of penalty and should not be punished for the behaviour of their clients.

“We understand the need for masks but this is what we feared most. Businesses are being asked to play police and to load onto their backs all the responsibility of containing the propagation [of the virus],” said Gopinath Jeyabalaratnam, Quebec public policy director for the Canadian Federation of Independent Business.

Mandating the wearing of a mask in public places everywhere in Quebec has become necessary to reduce the virus spread and ensure a lasting and safe economic relaunch, acknowledged Karl Blackburn, president of the Conseil du patronat du Québec, which represents dozens of major employers. “Still, we question the burden being put on employers and merchants. We believe this responsibility should be shared between customers and employers.”

Cindy Provost, who owns and runs Pure Fitness gym in Brossard, Que. with her spouse, said the government’s new edict is unsettling for their business.

It’s difficult to ask people exercising to put something on that limits their breathing and it will be difficult to deal with customers who refuse, Ms. Provost said. After a four-month closing, many clients who’ve come back to the 24-hour fitness centre in recent weeks might just cancel their memberships outright, she said.

“This is a little much,” Ms. Provost said. “It’s asking a lot from business owners. Really it’s the responsibility of individual citizens to wear their mask or not. When we get to the point where we have to be the cops, it becomes complicated. Not only could it create conflicts with our clientele but it could also mean we lose more money.”

Other cities in Canada have introduced similar rules on a piecemeal basis, but Quebec is the first province to require masks indoors across the entirety of its territory. It is also believed to be the only jurisdiction leaning on businesses to this extent in order to ensure its rules are being followed.

Last week, Toronto and Ottawa joined Kingston in establishing rules requiring a non-medical face covering inside businesses that are open to the public. Under the rules, businesses are responsible for making sure customers wear a mask, and face fines – $1,000 under the Toronto bylaw, for example – for failing to display and enforce their mask policy. In Toronto, clients who don’t respect the policy are also subject to fines, according to the bylaw.

Although the situation is considered under control for the moment, Montreal has been the epicentre of the COVID-19 pandemic in Canada for months. The virus ripped through long-term care homes for the elderly in the spring and the government responded by enacting among the continent’s strongest lockdown measures. At the peak of the crisis in April, an estimated 40 per cent of Quebec’s economy was stalled as the unemployment rate soared to 17 per cent.

Quebec said in June it had spent $6-billion on virus-related costs so far, contributing to a projected deficit of nearly $15-billion for the current fiscal year. It has earmarked $4-billion in contingency spending this year, a sum it could use to help provide additional support to businesses or individuals in the case of a second coronavirus wave or to counter lower tax revenues.

Ontario business owners on their own when it comes to mask bylaw enforcement
Subscriber content
July 10, 2020 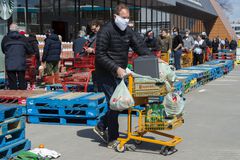 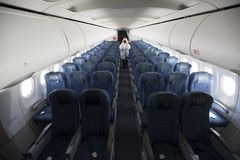