Quebec cinema chain Guzzo is making a push into Alberta in a bid to offset exposure to its home province as the North American movie-theatre industry scrambles to hold its ground amid volatile attendance levels.

Closely-held Guzzo is scouting a number of sites in Western Canada as it works to expand outside Quebec for the first time after 44 years in business. The company said it has identified a first suitable location in the city of Red Deer, a retrofit it is aiming to open by December, 2020.

“I’m hedging my bets going to Alberta and maybe I can take advantage of an upturn there,” Vince Guzzo, president of Guzzo Cinemas, said in an interview. “My primary goal is to go service what I would call ‘underserviced’ markets.”

Guzzo, which operates 141 movie screens spread across 10 theatre complexes, is the leading independent cinema owner in Quebec and also one of the largest in the country. Like its rivals, the company is grappling with erratic attendance and is trying to diversify its revenue sources by building out other lines of business.

While Cineplex Inc. is expanding into things e-sports related, Guzzo has carved out thousands of square feet of space at its theatres for stand-up video games and also owns a chain of pizzerias located in proximity to its movie screens. Video games generate a margin of nearly 90 per cent while giving kids a place to play following the decision by many cities to ban arcades, Mr. Guzzo said.

After a bad slump in 2017 caused by the worst summer season in a decade, movie theatre ticket sales in North America rebounded in 2018 on the strength of hits such as Black Panther and Crazy Rich Asians. Box-office receipts are expected to close the year at around US$11.8-billion, according to industry estimates.

“When the experts out there were talking about the end of theatrical movie-going, I just didn’t buy that,” Jim Orr, distribution chief for Universal Pictures, told the Associated Press. “People want to go out. They want the social experience. They want to be in theatres. And we proved that exponentially this year.”

Mr. Guzzo echoed that view, saying the industry is trending toward better health, not worse. He characterized the 2014-to-2017 period as “horrible years” where an abundance of poor-quality movies kept audiences away and forced him and others to try to diversify their offerings to stabilize cash flow.

“In every business there comes a point where you just suck your stomach in, keep your head down and let the wave pass,” the theatre-chain mogul said. “Between you and I, I was a little embarrassed showing some of those movies.”

The box-office revival of 2018 comes at a time competitors also stepped up their game. Los Gatos, Calif.-based Netflix launched about 70 original films during the year, its most aggressive annual drive to date. The entertainment company continues to grow in popularity and expects to close out the year with more than 146 million subscribers even as competing streaming services pick up speed.

The fact that Netflix and movie theatres both made gains in 2018 suggests they are not necessarily natural enemies. Mr. Guzzo professes no great love for the media giant (“Movies go to Netflix to die,” he quips) but hints that there’s room for both entertainment providers. Consumer choice will dictate who wins the day, he said.

“The truth of the matter is that it’s all about content,” Mr. Guzzo said. “What people are saying is ‘If the movie is not worth paying for to go [in person], I’d rather watch it at home.’ ”

Mr. Guzzo’s father launched the enterprise in 1974, buying Cinema Capri on Hochelaga Street in Montreal’s east end and later expanding it to a three-screen multiplex under the name Le Paradis. An early advocate for independent movie-theatre owners in their bid to obtain the right to project first-run films, he was also a marketing pioneer, introducing concepts such as 99-cent movies to the area.

Vince Guzzo grew up in the family business, becoming vice-president in 1990. The company currently has about $50-million a year in revenue, according to Mr. Guzzo. He said he aims to double that as he builds out the chain’s physical presence. 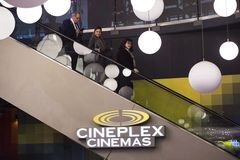 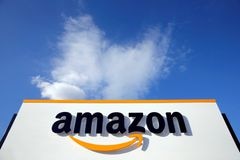 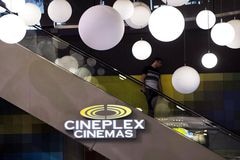