More than two weeks after being allowed to reopen after the loosening of COVID-19 restrictions, Quebec store owners are finding that permission to open up doesn’t mean a return to business as usual.

While many other provinces are just beginning to ease partial lockdown measures, most Quebec retailers outside the Montreal area have been allowed to open since May 4, as long as they have a door to the outside and can ensure physical distancing.

Store owners report lower-than-usual sales and a drop in customers – but they say those who come are there to buy.

Georges Dussault, who owns an antique shop in the Laurentians area north of Montreal, said business has been “very, very quiet.”

Mr. Dussault, who has been in the business for 30 years, said he’s heavily dependent on tourists who visit the scenic region north of Montreal.

Since reopening last week, Antiquités la Maison Bleue has seen only one to three customers a day – most of whom are buying smaller items such as old doorknobs or window frames for renovation projects. It’s better than nothing, he said.

“There aren’t a lot of people, but they all buy something,” Mr. Dussault said.

He said he believes that in uncertain times, people are trying to save money rather than splurging on a special piece.

He’s seen tough times before and expects to survive this one as well, although he may have to remortgage his building if things don’t pick up eventually.

In Sherbrooke, about 150 kilometres east of Montreal, Kim Pare Gosselin’s clothing boutique has been faring a bit better.

Ms. Pare Gosselin said sales at Belle et Rebelle are at about 50 per cent of prepandemic levels, even with only a quarter the customers.

In the absence of office workers and downtown foot traffic, “most people come because they need something,” and some buy several items, said Ms. Pare Gosselin, whose store features fashion by Quebec and Canadian designers.

To enhance safety, Ms. Pare Gosselin limits the number of customers allowed in the store and asks them to wash their hands on arrival. Clothes that are tried on and not purchased are steam-cleaned and set aside for 24 hours before being returned to the shelves.

Even though the masks she’s ordered for herself and her staff haven’t arrived yet, she said both staff and customers have been careful and “nobody feels in danger.”

While she expects the summer to be slow because the cancellation of local festivals, which bring traffic, and weddings, which call for fancy dresses, she said things are much better than they were during the closing, when she could only sell online.

“Overall, it’s been positive,” she said.

Stephane Drouin, the general manager of an association representing more than 5,000 retailers in the province, said Ms. Pare Gosselin’s experience has been fairly typical.

He said most retailers are experiencing only 30 per cent to 50 per cent of their normal customer traffic, but sales for every customer are generally higher because “everyone who comes, comes to buy,” he said in a phone interview.

He said that most businesses are making between 50 per cent and 75 per cent of their normal sales, but some are harder hit.

Big chains seem to be suffering the most, he said, because many of their locations are in shopping malls and they have not been allowed to reopen since they don’t have a door to the outside. Clothing stores are also having a hard time, and restaurants and bars remain closed.

The Canadian Federation of Independent Business, meanwhile, has estimated that half of small businesses are not able to pay June rent without further help from government and has called for rent relief and expanded access to government aid programs.

But while the environment is challenging, not all businesses are suffering.

Mr. Drouin says some retailers including garden centres, hardware stores and those selling outdoor equipment and running shoes have seen an increase in sales.

Bicycles in particular are having a moment during the pandemic, said Nicholas Mathieu, who runs Le Pied Sportif in Magog, southwest of Sherbrooke.

He said sales have been “exponential,” to the point where suppliers are beginning to struggle to meet demand, especially for electric bicycles and more affordable models for children and families, who are looking for activities they can do close to home.

He expects the numbers to get even better now that the province has allowed provincial parks to open and is anticipating a surge in demand for mountain bikes. 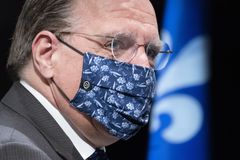 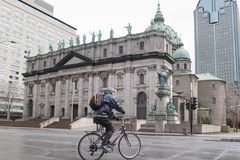