Past investors Evergreen Coast Capital of Silicon Valley, Quebec’s FTQ Solidarity Fund and the Quebec government’s Investissement Québec investing arm also participated in the financing. Mr. Têtu invested in Coveo in 2005, then became chief executive after his former company, Taleo Corp., was purchased by Oracle Corp. in 2012 for US$1.9-billion.

Mr. Têtu said Coveo, which still has money left over from its last financing in early 2018, plans to use the cash for acquisitions, particularly if the economy sours. “Right now the play for us and one of the reasons we’re raising money is we think the climate might get very favourable to people sitting on a pile of cash, from an acquisition perspective,” he said. “This rally will end. I think the odds are that within 24 to 36 months, there will be a downturn.”

The deal is the second time OMERS has led a large, late-stage financing of a Canadian software firm since the pension giant launched a growth equity unit last year. OMERS invested $90-million in Coveo, slightly less than it deployed in a $158-million financing of Toronto restaurant software firm TouchBistro Inc. in September.

“Coveo is an exceptional opportunity,” said Mark Shulgan, managing director and head of growth equity with OMERS, who added the pension fund “moved very quickly” to invest after meeting Coveo management in September. “We knew right away this was something we wanted to do” thanks to Coveo’s accomplished management team, the quality of its products and the fact it competes in the surging data and analytics space, he said.

Coveo is a leader of an emerging category of enterprise software that builds on the limited capacity of past search tools used internally by corporations by offering enhanced AI-driven capabilities. “It’s way more than search,” Forrester Research Inc. analyst Mike Gualtieri said.

The tools offered by Coveo and rivals such as Attivio, Sinequa and Lucidworks can extract more relevant, personalized and immediate data than past internal search engines, resulting in business operating improvements. For example, business intelligence software provider Tableau Software saves US$18-million a year using Coveo by increasing client self-service on its website, which reduces the volume of calls to customer service representatives and increases customer satisfaction. Computer company Dell Technologies Inc. uses Coveo to provide better recommendations to customers on its e-commerce site.

Canadian recreational vehicle maker BRP Inc. uses Coveo for its dealer self-service portals. “It’s like Google for me – I see no gaps," said Krystel Perreault, BRP’s customer insights lead, who said visits by dealers to the portal increased by 45 per cent over two years as they were able to find answers to their questions online rather than calling in to the company. “It’s a better user experience for the dealer – user-friendly, intuitive and easy to browse,” she said.

Mr. Têtu said revenue has been increasing by more than 50 per cent a year and that the company has been able to expand revenues at existing clients every year while losing relatively few customers. “It’s a strong company,” said Mr. Shulgan of OMERS. “It’s not very often we see the type of metrics Coveo is able to demonstrate.”

The Coveo financing is the latest in a string of nine-figure, late-stage financings of emerging Canadian companies led by domestic funders, including iNovia Capital and the Caisse de dépôt et placement du Québec.

“The headline here is that Canadian funds are now extremely competitive with the best and brightest in Silicon Valley,” Mr. Têtu said. “For us Canadians, that is great news, that we can keep the wealth creation in this country as opposed to exporting it.”

Opinion
Canada is pushing its tech sector into a race to the bottom
Subscriber content
September 21, 2019 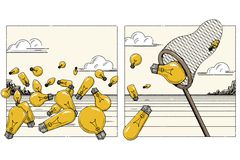