Nicolas Van Praet
Published May 13, 2021 Updated May 13, 2021
For Subscribers
Comments
Text Size
Please log in to listen to this story. Also available in French and Mandarin. Log In Create Free Account

Pierre Karl Péladeau is ready to push out from fortress Quebec.

Quebecor Inc.’s chief executive and controlling shareholder gave his strongest indication yet on Thursday that the telecommunications conglomerate wants to expand again past its home market, possibly by taking its Videotron wireless business national through the purchase of Shaw’s Freedom Mobile. But he cautioned that regulators have to create an environment in which challengers to the big three wireless players can succeed.

Mr. Péladeau has already hinted that Quebecor would be interested in buying Freedom Mobile if regulators forced Rogers Communications Inc. to spin it off as part of its proposed takeover of rival Shaw Communications Inc. He told Canada’s standing committee on industry, science and technology last month that Quebecor has the expertise and financial means to become a national wireless player. On Thursday, he left no doubt that Quebecor would make the move, if Freedom Mobile were for sale and if certain conditions were met.

Those conditions include the continued willingness by regulators to set aside spectrum – the airwaves used to transmit wireless signals – for smaller players, as well as allowing carriers to roam on each other’s networks and share infrastructure such as towers and antennas, Mr. Péladeau said during a brief exchange. He said it’s important that a fourth wireless competitor be able to become a facility-based operator that owns its own systems instead of just a reseller piggy-backing on the existing networks of Rogers, Telus Corp. or BCE Inc.’s Bell.

Quebecor previously harboured ambitions to expand its wireless operations nationally but abandoned the effort in 2015, saying the federal government had moved too slowly on wholesale roaming rates and tower-sharing rules. While Ottawa dithered, Shaw moved into the regions Quebecor was eyeing (notably Alberta and British Columbia), and Quebecor eventually sold off its spectrum licences outside Quebec and the Ottawa region for a net gain of about $330-million.

Now, it seems Quebecor appears ready to test the waters again. The move marks a shift in strategy for the media and telecom giant, which has retreated successfully to focus on its home market for the past several years.

It might also be born of necessity. In an interview with The Globe and Mail in 2018, Quebecor executives estimated the company had four more years of growth ahead in the wireless market in Quebec. (It had 1.5 million mobile telephony customers and 1.8 million internet service customers at last count.) When asked what the plan is for 2022, when wireless growth is expected to top out in its home province, then-finance chief Jean-François Pruneau said: “To be determined.”

Mr. Pruneau, now head of Videotron – which sells cable tv, internet and mobile phone service – is stepping down next month to focus on personal investment projects. Mr. Péladeau is taking over his responsibilities. He’s also now managing Quebecor’s TVA Group, after its president took a leave of absence for family reasons.

Rogers announced in March it struck an agreement to buy Shaw for $40.50 a share in a deal worth $26-billion including debt. Rogers chief executive Joe Natale has said he is “open and flexible” to resolving any potential competition issues, but that it’s too soon to comment on specific regulatory remedies such as divesting Freedom Mobile. The wireless unit has made strides since Shaw bought it in 2016 but it is still not free cash-flow positive, according to Shaw. 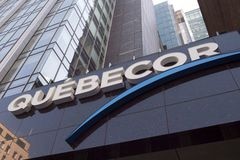