Shipping company Atlantic Container Line has suspended calls at Halifax, and dozens of cargo vessels are sitting at anchor near the Port of Vancouver, as blockades bring freight shipments by rail to a halt across much of Canada.

On both coasts, ports that rely on goods being transported by rail are congested.

The Port of Halifax is served exclusively by Canadian National Railway Co., which has stopped train movements on its network east of Toronto owing to the rail blockades.

Andrew Abbott, chief executive officer of Atlantic Container Line, said because CN trains have stopped delivering and picking up cargo at the Halifax port, there is no freight for his ships to handle.

“We figured this would last a couple of days and then get resolved. But it’s gone on for two weeks,” Mr. Abbott said. “We’re now rerouting via the U.S.”

The blockades are in support of Wet’suwet’en hereditary chiefs’ opposition to the Coastal GasLink natural-gas pipeline on their traditional territories. The $6-billion project by Calgary’s TC Energy would pipe natural gas from northeastern B.C. to Kitimat for export.

The protests have raised concerns about shortages of critical supplies of everything from propane to water-treatment chemicals, and put pressure on the federal government to find a solution to limit economic damage.

JJ Ruest, CN’s CEO, said on Thursday that the Montreal-based carrier is resuming normal operations in the western part of the country after sporadic protests that halted traffic into the ports of Prince Rupert and Vancouver, but the line east of Toronto remains blocked.

“We had these on-and-off blockades – one in Winnipeg for one day, one in Edmonton for one day. Some east of Montreal. So we had to adapt our operating plan,” Mr. Ruest said at an investor conference in Miami.

Stephen Brown, an economist at research consultancy Capital Economics, said the rail stoppage will weigh on Canada’s economy. Capital Economics has reduced its forecast for growth in first-quarter gross domestic product to 1.5 per cent, annualized, from 1.8 per cent. “But providing the blockades end soon, growth should now be stronger in the second quarter,” Mr. Brown said.

Meanwhile, passenger service Via Rail said it is issuing temporary layoff notices to almost 1,000 of its 3,200 employees as a result of the suspension of its trains in much of Canada. The number of layoffs at CN reached 450 this week.

Mr. Abbott, of Atlantic Container Lines, said that the ship that crosses the Atlantic Ocean between North America and Northern Europe is skipping its twice-weekly Halifax calls and instead shifting its cargo volumes to U.S. ports, including New York and Baltimore.

“My company has been [in Halifax] for 53 years,” Mr. Abbott said. “We consider Halifax our Canadian home, period. And we’re going to be there for another 50 years. But this whole ridiculous blockage that the railroad is going through – it’s reached a point where our customers are saying, ‘we don’t want to wait any more.’ ”

Lane Farguson, a spokesman for the Halifax port, said the docks are piled high with in-bound containers of food and goods that have no way of getting to consumers in Toronto and U.S. cities to which 60 per cent of the port’s cargo is destined.

“They just can’t be loaded on to rail because the rail isn’t moving,” Mr. Farguson said. “We are a rail-based port and that’s why we are really feeling the impact.”

At Vancouver’s port, the number of ships waiting at anchor has soared to about 50 as Canada’s busiest freight gateway tries to catch up with a slowdown in train and truck traffic that began two weeks ago.

Danielle Jang, a spokeswoman for the Vancouver Fraser Port Authority, said the 50 ships at anchor is much higher than usual, although the typical number varies.

“The disruptions have had a significant impact on port operations,” Ms. Jang said. “Port operations are moving and have been restored since the protests we saw a couple of weeks ago, but we do have congestion and backlog as a result.”

Akiko Oda, a spokeswoman for the Northwest Seaport Alliance, which includes the ports of Seattle and Tacoma, Wash., said the port is unaware of any ships that have been diverted there as a result of the rail blockades in Canada.

But Ms. Oda said the number of vessels behind schedule is rising lately, owing to the delays at ports that are caused by the blockades in Canada and stricter rules because of the novel coronavirus.​ 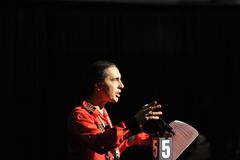