Declining freight volumes on North American railways are signalling the economy is gearing down as trade wars weigh on consumer and business spending.

The number of freight carloads hauled by U.S. rail companies has declined every month for the past seven months, on a year-over-year basis, according to the American Association of Railroads.

“While the strength of the overall economy remains unclear, in the last quarter it has become much more evident that the portion of the economy which generates freight – manufacturing and goods trading – has weakened significantly,” said John Gray, AAR’s senior vice-president.

“We are obviously seeing volumes weaken on a short-term basis,” Mr. Houle said at an investors conference in Laguna Beach, Calif.

Of the 11 cargo types tracked by the industry group, petroleum and related products is the only category that has not declined in North American carloads in 2019. Petroleum carloads are up by almost 20 per cent, but overall North American rail traffic is down by 3.3 per cent. The decline is led by a 6-per-cent drop in carloads of coal, the biggest business for U.S. carriers.

Grain shipments are down by 5.5 per cent, and farm products and food are down by 3.7 per cent, underlining the troubles U.S. farmers are facing amid the U.S.-China trade war.

Growth in U.S. gross domestic product is expected to slow to 2.1 per cent this year from 3 per cent in 2018, according to the U.S. Federal Reserve. The forecast for 2020 is 2 per cent.

Tony Hatch, a transportation analyst at ABH Consulting in New York, said the slump in rail traffic is due to several factors beyond a slowing economy: trade wars; floods in the U.S. Midwest that ruined crops and hampered train traffic; trucking overcapacity; and a shift among U.S. carriers to shed customers as they move to leaner operating models, known as precision railroading.

“You have a lot of things going on. The economy is a big part of it, no doubt,” Mr. Hatch said.

The decline in freight volumes comes amid a delay in the passage of the updated North American free-trade agreement. The uncertainty threatens to compound the slowdown in overseas trade linked to the tariff war with China launched by U.S. President Donald Trump.

With about 42 per cent of rail traffic dependent on trade, the AAR is calling for the U.S. Congress to ratify the United States-Mexico-Canada Agreement (USMCA) to ensure goods flow tariff-free to those markets.

Mr. Hatch said frail freight volumes are a good gauge for the economy’s health today, rather than a predictive indicator.

That’s because most of the goods that move by rail are consumed almost immediately – cars are filled on a just-in-time production schedule, food makers use the grains quickly and coal gets burned soon after arriving by rail, he said.

So what does the steady decline in rail freight volumes say about the economy today? “It’s certainly not thriving, but it’s complicated," Mr. Hatch said by phone. "You’ve got a lot of things here and we are not helping it though with acts of God, like weather, and acts of man, like tariffs.” 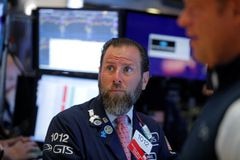 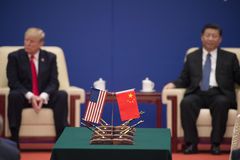 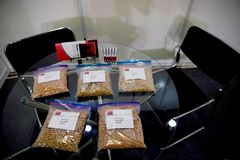