Demand for rapid COVID-19 tests could grow this fall, as companies begin to press returning workers to prove they aren’t infectious.

In coming months, as COVID-19 variants of concern continue to circulate and many workers remain unvaccinated, taking a test before work could become commonplace. Some companies are saying they will provide employees with rapid antigen tests, which produce results in minutes, until pandemic restrictions are lifted.

Rapid tests can detect COVID-19 infectiousness even in asymptomatic people, which can help to identify and isolate infections and reduce further spread. Public-health authorities consider the tests an important additional step on top of vaccinations, masks and physical distancing.

The fertilizer company Nutrien will be ramping up its rapid test use as employees return to the office this fall, according to executive vice-president Michael Webb.

“If an individual wants to come back in the office and, for whatever reason, medical or otherwise, doesn’t want to be vaccinated or can’t be vaccinated, then we would ask for them to do a rapid test,” he said.

In Ontario, employers can pick up free tests, provided by Health Canada to their local chambers of commerce. Rocco Rossi, president of the Ontario Chamber of Commerce, said he expects the tests to continue to be made available at no charge.

“Against the billions of dollars of impact on the economy, a few million dollars on distributing rapid tests is a no-brainer,” Mr. Rossi said.

Mr. Rossi said that there is a possibility that rapid testing might be expanded beyond just employees. Customers entering a store or workplace, for instance, might also be asked to take rapid tests in the future.

“Getting that reassurance that it’s safe to go out and do business again and to engage in more ordinary activities is absolutely critical,” said Perrin Beatty, president of the Canadian Chamber of Commerce. “Rapid tests will play an important part in that.”

The CDL partnered with 12 large companies, including Air Canada, the Bank of Nova Scotia and Maple Leaf Sports and Entertainment, to develop strategies for widespread work force rapid testing. Since January, the project has grown to include 550 companies across the country – with more waiting to join the program, according to Ms. Stein.

“When you go downtown to get in an elevator, you can just open your phone, show ‘Screen Negative’ and go,” Ms. Stein said.

Suncor Energy Inc., one of the first companies to participate in the CDL program, currently requires testing for people entering worksites, and for all passengers on its charter flights departing from Calgary, Edmonton and Saskatoon airports, according to spokesperson Paul Newmarch.

Loblaw Companies Ltd. and its subsidiary Shoppers Drug Mart were early participants in the CDL program. William Cheung, a senior vice-president at Shoppers Drug Mart, said Loblaw asks – but does not require – its 100,000 employees to submit to regular screening. Many of them are front-line workers.

Both Suncor and Loblaw say they plan to use rapid testing in the workplace until pandemic restrictions are lifted.

But it is unclear whether businesses will be allowed to mandate rapid tests for their employees. In at least one case, a legal authority was asked to intervene.

In June, an arbitrator upheld a construction company’s right to mandate twice-weekly rapid tests for all people entering job sites where the risk of viral transmission was deemed to be high.

Local 183 of the Labourers’ Union brought the grievance against EllisDon Construction Ltd. An arbitrator dismissed the case on the grounds that physical distancing was not always possible on-site, that workers were at high risk of viral transmission and that the company’s testing facilities were hygienic and private.

Erich Schafer, a lawyer who worked on the case, said that while it does not necessarily set a binding precedent, it could pave the way for other companies to make rapid testing mandatory.

Testing isn’t the only issue that remains to be resolved between employers and employees. It is also unclear if companies will have the right to require their employees be vaccinated. In the United States, investment bank Morgan Stanley, Brown University and Columbia University have said that their staff will be required to be vaccinated before returning to their offices.

Calgary Stampede to be first major Canadian event to ask attendees for proof of COVID-19 vaccination or rapid test
July 7, 2021 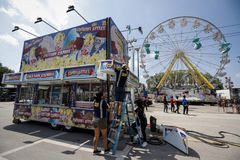 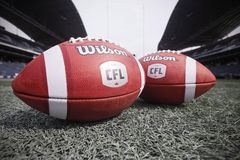 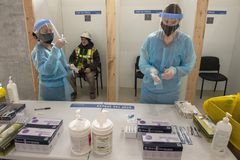